With cinemas opening in Delhi, there’s has been a lot of excitement among the trade and exhibitors. The release of Hindi films will take time but Hollywood films will try their luck and hopefully get audiences to cinemas. Bollywood Hungama was the first one to tell you that Warner Bros has decided to release Mortal Komat on July 30 followed by The Suicide Squad on August 5. The Independence Day weekend, meanwhile, would see the release of The Conjuring: The Devil Made Me Do It. 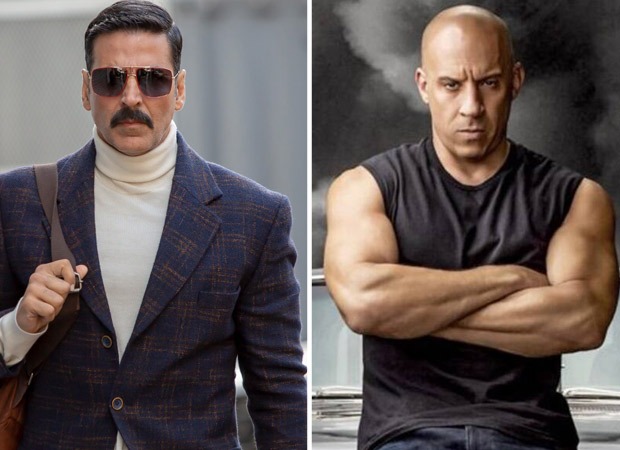 Meanwhile, Universal Pictures on July 28 made a grand announcement of the release dates of many as 7 films, including the most awaited Hollywood biggie of the season, Fast & Furious 9. Earlier, the studio had decided to release the actioner on August 5 in India. But since the reopening of cinemas in various states took time, the film has been pushed by two weeks and it’ll now release on Thursday, August 19..

Meanwhile, a discussion has been going in the trade and exhibition circles that Bellbottom, starring Akshay Kumar, has been blocked for August 27. A source informed Bollywood Hungama, “The exhibitors have been given dates of the films that will release or are expected to release in August. Bellbottom also features in this list and its date has been given as August 27. Of course, it’s a tentative date and it all depends on when the key state of Maharashtra allows the theatres to restart.”

On July 29, Rajesh Tope, the Maharashtra health minister, announced that cinema halls would be permitted to open in 25 districts with less number of cases, including Mumbai. However, the terms and conditions for the reopening of cinemas and when the theatres can resume operations would be announced later.

The source also added, “Unlike Hollywood films, the Bellbottom makers want the film to have a release in most markets, especially Maharashtra, which contributes to a major chunk of the business.” He also revealed that the producers of this action thriller are looking at making an announcement this week.

A trade expert said, “If Bellbottom releases on August 27, it’ll miss out on the Independence Day holiday (Sunday, August 15) and also the Raksha Bandhan holiday (Sunday, August 22). But that would be fine as viewers would throng to cinemas whenever it releases as it’s a big film starring a superstar like Akshay Kumar. Moreover, the date is 27 and 2+7 equals 9, which is Akshay’s lucky number. Hence, it’s very much possible that Bellbottom would arrive in cinemas on the said date.”

The trade expert also remarked, “If Fast & Furious 9 is releasing on August 19, then chances are that Bellbottom would not release on the same day. A clash of 2 big films is not being encouraged right now.” However, an industry insider said, “Fast & Furious 9 won’t release in non-2k cinemas. Bellbottom can still release on August 19. Let’s wait for the official announcement.”

Also Read: Bellbottom can be another Rs. 100 crore grosser for Akshay Kumar, feels trade; but terms and conditions apply