The release of the much awaited film, Bellbottom, is less than a month away. Two weeks ago, the makers of the Akshay Kumar starrer announced that the action thriller would release in cinemas on July 27. The announcement happened at a time when the Covid-19 cases were steadily reducing. The Maharashtra government had announced that those cities and districts that fall under Level 1 and Level 2 will be permitted to open cinemas. Other states too seemed to be relaxing restrictions. Hence, it was expected that almost everything will open up by July 27. Sadly, in the last 10 days, the news surrounding the Delta Plus variant has made the governments cautious. The Maharashtra government has done away with Level 1 and Level 2 and reintroduced certain curbs. The trade, industry and fans are now wondering if enough cinemas would be open by July 27 to release Bellbottom. 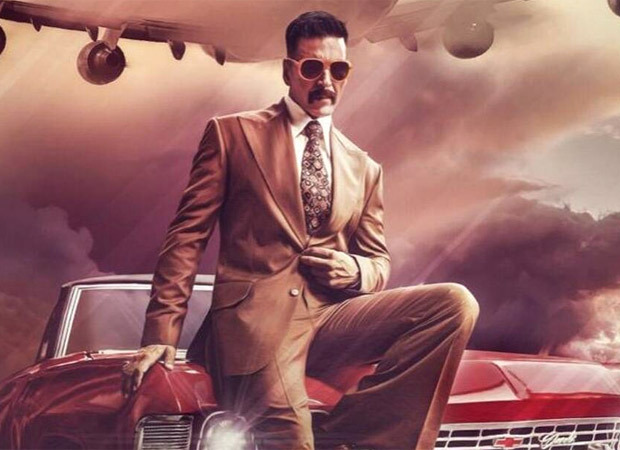 Bellbottom can be another Rs. 100 crore grosser for Akshay Kumar, feels trade; but terms and conditions apply

We asked trade experts what they feel about its potential at the box office, provided all cinemas are open across India, at 50% occupancy. Akshaye Rathi, film exhibitor and distributor, says, “If all India is open at 50% occupancy and every screen where it deserves to be played plays the film, then I think the scope is terrific. Subject to the film releasing across all theatres and how the film is, Bellbottom certainly has the potential to do over Rs. 100 crore.”

Girish Johar, producer and film business analyst, in agreement, says, “If all India opens at 50% and the situation is a bit more normal, then it definitely has the potential to do another century for Akshay Kumar. Bellbottom after all is looking very promising, sleek and upmarket-ish.”

Trade analyst Atul Mohan observes, “It’s a big film, starring Akshay Kumar. His last film Laxmii (2020) continues to get good numbers on satellite. Bellbottom, moreover, gives a feel of Airlift (2016) and Baby (2015), and Akshay hasn’t been in this space for sometime. And it should be patriotic. And down South, we saw how some films worked big time recently. Toh log Bellbottom dekhne jaa sakte hai.”

At present, cinemas are permitted to open in Gujarat, Telangana, Andhra Pradesh, Punjab and Haryana. Assuming theatres are open only in these states on July 27, will it be feasible to release Bellbottom? Trade analyst Taran Adarsh says, “If Mumbai and its suburbs are not open, how would they release the film? It’ll be difficult.” Akshaye Rathi also agrees, “Business will be limited if the prevailing situation continues.”

Mumbai and its satellite cities along with Delhi-NCR and Uttar Pradesh contribute a major chunk of business in today’s times. And these regions aren’t open yet. Akshaye Rathi remarks, “Mumbai, Delhi, Uttar Pradesh and East Punjab in all contribute 50%.” Taran Adarsh meanwhile estimates that “almost 60% of business comes from Mumbai and its satellite cities, Pune and Delhi-NCR. Delhi-NCR belt is a huge contributor because of the density of multiplexes. The business gets curtailed if these two territories don’t open. Then the producers will have to rethink. They perhaps are planning what to do next or perhaps, they’ll be clueless. The question will be best answered by them.”

Girish Johar also confirms that these places contribute massively. Atul Mohan states, “Mumbai, Delhi-NCR and UP are the biggest markets. The rest of the states contribute but not much. The maximum business happens in Mumbai, Delhi and Uttar Pradesh. And if this belt is not open, toh fir release karke matlab hi nahi banta.” Girish Johar adds, “If cinemas in Maharashtra, Delhi, Uttar Pradesh, Punjab, Haryana are not open, then the business will be severely affected.”

Will multiplexes agree to the OTT window rule?

The other challenge in front of Bellbottom makers is to convince exhibitors to let them arrive early on Amazon Prime. Pre-pandemic, the multiplex chains were adamant that producers can release their films on OTT only 8 weeks after theatrical release. Off late, they have softened their stand and allowed Roohi (2021) to release on Netflix within 4 weeks. Even Mumbai Saga (2021) and Saina (2021) arrived early. But in the case of Bellbottom, there are reports that the makers want to arrive early, within 20 days on OTT. This decision hasn’t gone down well with the multiplex chains.

On this, Akshaye Rathi opines, “There has not been any united call taken by any exhibition sector. Each cinema and each multiplex chain will decide on its own, whether they are okay with a shorter window than normal. If that’s the case, it needs to be seen what kind of benefit in commercial terms is being offered to the exhibitors etc. If the producers are expecting something exceptional after the way cinemas have bled, then some incentive would also have to be provided to the exhibitors. The exhibition sector needs to set the right precedent and not give in to any irrational demands.”

Girish Johar states, “It’s a catch 22 situation. The makers have unveiled the release date. The hope is that the four-week window between theatrical and OTT is not breached. The moment it is breached, every producer would demand the same. It’s a very difficult situation honestly for cinemas because if they open, they’ll need to decide whether or not to play or whether they should stick to their stand.”

Taran Adarsh says, “Ideally, there should be a sufficient gap. The multiplexes and the producers will need to sit across the table and sort it out. A 2 or 3-week gap between theatrical and digital holds no value. Why would viewers spend money in a cinema hall when they have a subscription to a particular OTT platform and they know the film will be out on it in a fortnight or 20 days? So if the gap is sufficient, then I think that it’ll be a win-win situation for the producers, exhibitors and also for the OTT platform.” He adds, “I think 4 weeks is the minimum gap.”

Girish Johar also agrees that “the business will be affected if it comes on OTT within 4 weeks.” He exults, “The situation needs to be analysed first. Will Bellbottom be allowed to have a 1500-2000 screen release? Or are the makers getting to release only in say 30, or 40 or 50 screens due to Covid restrictions in most parts of India? For the latter situation, the multiplexes would rather not play the film as it won’t be practical. This will also give them a chance to show the world that they are sticking to their four-week rule. But if Bellbottom manages to get a wide release and a chain like PVR can release it in 500 screens, then the multiplex owner would think ‘Chalo film laga dete hai. At least mera business roll toh ho raha hai. Kuch log toh aa rahe hai’. They might remove the shows once it’s out on digital.”

Atul Mohan meanwhile says, “The multiplexes need to change with the times. The need of the hour is such that they need to relax the window. Those who want to see the film would not wait for the OTT premiere and instead, rush to watch it in cinemas. Those who are not interested would anyway watch the film whenever it arrives on digital. So theatrically, Bellbottom can still do well.” 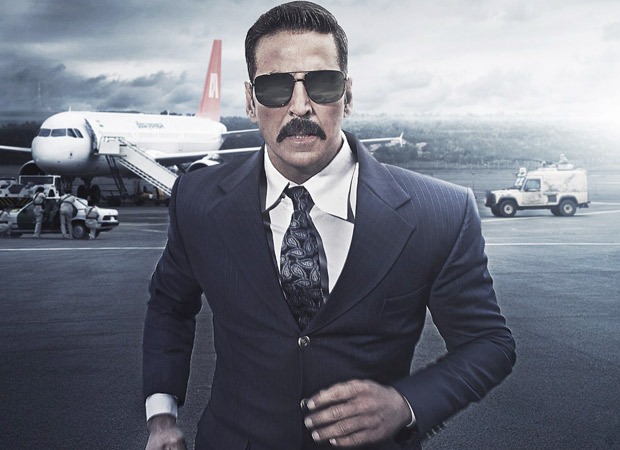 Should Bellbottom release on July 27?

Amidst the uncertainty, is it fair for Bellbottom to release on July 27? Or should it be pushed ahead? Akshaye Rathi says, “Right now, all we can do is hope and pray for the best. There’s a degree of uncertainty because of the Delta Plus variant. I am hopeful, especially after reading about studies that the two vaccines available in India – Covishield and Covaxin – are effective against the variant. So hopefully, things will be under control and businesses should resume soon.”

Taran Adarsh tells, “I am sure the producer must be wondering what steps they take - whether they should postpone or stick to the date. I am sure there’ll be clarity in this regard by the first week of July. But when you have announced that your film is going to release on July 27, then you have to begin your promotions. But how do you do that? Should they begin and then stop, in case things don’t go as planned as it happened in the case of Sooryavanshi last year and even Thalaivi in the recent past? So it’s a wait and watch situation right now as to how things unfold in July.”

Girish Johar states, “It all depends on the pace of vaccination. Maharashtra has been at the forefront as it has vaccinated more than 3 crore people. It also depends on consumer confidence. The problem is that ICMR guidelines are quite strict when it comes to indoor activities in air-conditioned environments. That’s why the state governments are allowing cinema halls at the very last to restart.” As for Atul Mohan, he says, “The situation is critical. If the cases increase, then it’ll be difficult for the film to make it to cinemas.”

The future won’t be as gloomy

However, the trade experts feel that things are sure to get better for the cinema business. Akshaye Rathi makes an observation, “Just today I was out at a restaurant. The number of people out there clearly showed the pent up demand among consumers, for any and every avenue of outdoor recreation. It has given me a lot of confidence that when cinemas do open up and a big-ticket film releases, people will throng to the theatres, thus ensuring good numbers at the box office. It’s only a matter of time. Once the whole scenario around the third wave and Delta Plus variant settles and big-ticket movies start releasing, there will be a storm at the box office.”

Girish Johar specifically speaks about Bellbottom, “They can score overseas. It seems to be an overseas friendly film as its look is that of a high-end film. And the foreign markets in the USA, UAE, United Kingdom, Australia, New Zealand etc are open. So Bellbottom has an advantage. And hopefully, if Delhi and Mumbai open up by July 27, fir toh makers ke liye sone pe suhaga ho jaayega.” Taran Adarsh also admitted that looking at overseas business, one can hope that things will improve in India in the future.

Atul Mohan signs off with a very interesting argument, “Compared to last year, the situation is a little better now due to the vaccination. People are slowly getting used to going out to public places. However, the fear is still there, especially over going to cinemas. Cinema kahin na kahin culprit lagne laga hai. Restaurants are riskier as you are touching the plates and cutlery served to you by the staff. In cinemas, you can walk in using contactless technology, sit on your seat, watch the film and leave. In restaurants, you are even removing your mask. Andar se kaun kaise khaana prepare kar ke la raha hai, iske baare mein kisi ko koi idea nahi hai. I am not trying to defame the F&B industry but it’s important to draw comparisons. The way cinemas have been treated, it is giving out an impression that theatres bahut khatarnaak jagah hai.”