Just as Karan Johar has finalised Ananya Panday for his much talked about Student Of The Year 2, there is another star kid waiting in her wings to make her big splash in Bollywood. Well, she is the STUNNING Sara Ali Khan: Saif Ali Khan and Amrita Singh’s first born. She has been training since a long time to make come on screen and had already signed Abhishek Kapoor’s Kedarnath alongside Sushant Singh Rajput before trouble broke out between its makers. Soon after it was declared that she is the female lead of Rohit Shetty’s Simmba starring Ranveer Singh. Word was that a few strings were pulled to make sure that Sara gets her dream debut. Now, the director reveals the suspense and tells us how exactly Sara got the part. 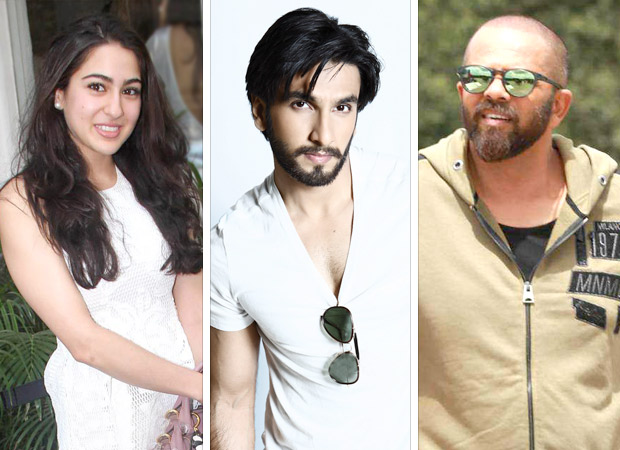 He revealed that Sara approached him, he met her and realised that she was perfect for the part! He further said that she is typical for masala Bollywood movies and is made for this genre. Interestingly, she is set to match Ranveer’s craziness on screen because the way her character is written. So, indirectly he assures us that though the movie is written for Ranveer, Sara has an equally important role to play. Now, ain’t that amazing? We will see Sara ROMANCE not one but two leading heroes, Ranveer and Sushant, in Bollywood films: Simmba and Kedarnath!

Fortunately, Sara and Sushant’s Kedarnath would not suffer as Ronnie Screwvala has taken over the project. Meanwhile, Simmba will release on December 28. Before this, Ranveer has worked with Rohit on an ad film. He will straight away dive into Simmba after completing Zoya Akhtar’s Gully Boy.

Also Read: When it is Simmba, not Kedarnath for Sara Ali Khan: First releases versus intended debuts!