Sridevi left her family and many from the country bereaved with her sudden demise. While Boney Kapoor and the actress’ other family members are trying to recoup her loss, the news of her last film being celebrated at National Awards definitely has arrived as a breath of fresh air. Sridevi, who featured in the powerful role of a mother in Mom, received the National Award for Best Actor today.

Just a few hours ago, the jury, that also has Mr. India director Shekhar Kapur, declared the list of winners for the 65th National Awards. Sridevi fans are obviously rejoicing the news and can’t get over the same. 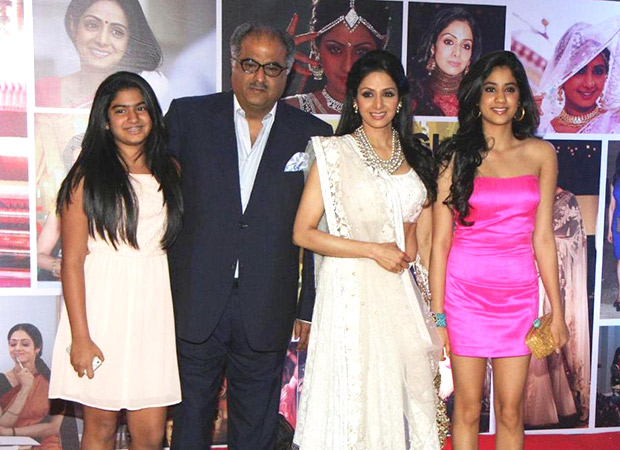 Rejoicing the moment, the Kapoors decided to speak on behalf of the late actress. They recently released a statement to the media wherein they left a heartfelt message expressing their gratitude and celebrating Sridevi’s hard work.

The statement read, “We are overjoyed to know that the Jury has conferred the Best Actor Award to Sridevi for her performance in Mom. It’s a very special moment for all of us. She was always a perfectionist and it showed in all the 300 plus films she did. She was not just a Super Actor but a Super Wife and a Super Mom. It’s time to celebrate her life and her achievements. She is not with us today but her legacy will always live on. We thank the Government of India, the Hon’ble Jury Members for this honor. We also take this opportunity to thank all our friends, her fans who have been sending us congratulatory messages.” The statement was signed by Sridevi’s immediately family which includes her husband Boney Kapoor and her two daughters, Khushi and Janhvi Kapoor.

As for Shekhar Kapur, he revealed that he was the one who was not in favour of giving the award to the actress. Recent reports have quoted Kapur wherein he accepted that the entire industry share a great bond with the actress. He believed that selecting her as the winner because she is no more was an unfair decision on the other girls. However, he also maintained that it is undeniable that his Mr. India actress was undoubtedly and immensely talented.