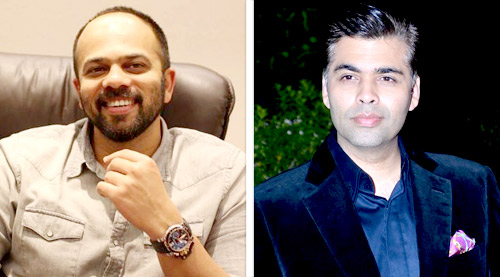 A new version of the Jackie Shroff, Anil Kapoor, Rakhee starrer Ram Lakhan was all set to be made and was announced with much fanfare by none other than Rohit Shetty and producer Karan Johar. The two were set to join hands for the first time for this much awaited remake which has now been shelved.

Recently, Rohit Shetty announced that he will not be remaking Ram Lakhan anymore but did not divulge any reason for the decision. However, fans who were eagerly waiting to see the two popular filmmakers come together, can rejoice as Rohit and Karan have decided to collaborate on another project, announcement of which will be made soon claimed filmmaker Rohit Shetty.

The said announcement of Ram Lakhan remake was made way back in 2014 and ever since there were constant speculations about the two hero cast and several names from the Gen Y stars were being tossed around.