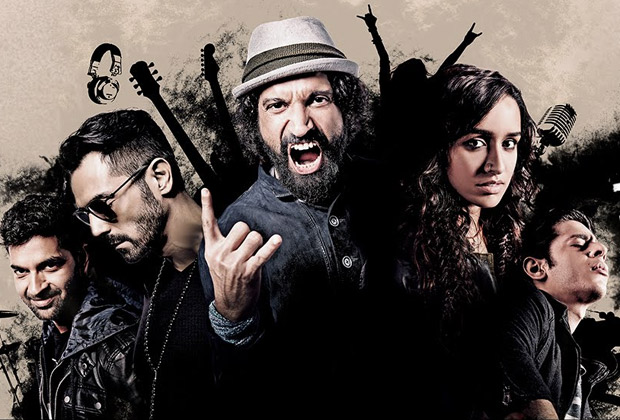 After a successful first instalment, the second part of the musical Rock On rides high on expectations. While the performance of the film at the box office is yet to be gauged since its couple of weeks away from its release, looks like the music of Rock On 2 hasn’t been able to gather the kind of attention its prequel managed to get. Followed by that, we hear that this has affected the promotional tour of the film.

Considering the theme of the film, Rock On 2 team wanted to perform in US and had chalked out a six city performance tour of the band Magik. However it seems that the same has been called off and now the makers are planning on a multiple city tour in India instead. Rumour has it that the sponsors decided to pull the plug due to the extreme increase in the budget for the US tour and also because of the lukewarm response the film’s music has been receiving. On the other hand, it is also being said that the current college students aren’t very familiar with the music of the prequel and a promotional tour within India across varied cities would prove more beneficial for the film. However, the spokesperson who did reveal that the US tour has been cancelled has been maintaining that it was strategic decision so that the band Magik can plan more performances in India. Sun National Bank Centre which was one of the venues for the Magik concert in New Jersey too agreed that the show was supposed to happen but later was cancelled which was the sponsor’s call and they also added that Bollywood fans there were left disappointed on the decision.

Starring Farhan Akhtar, Arjun Rampal, Shraddha Kapoor in the lead, Rock On 2 is directed by Shujaat Saudagar and is slated to release on November 11.