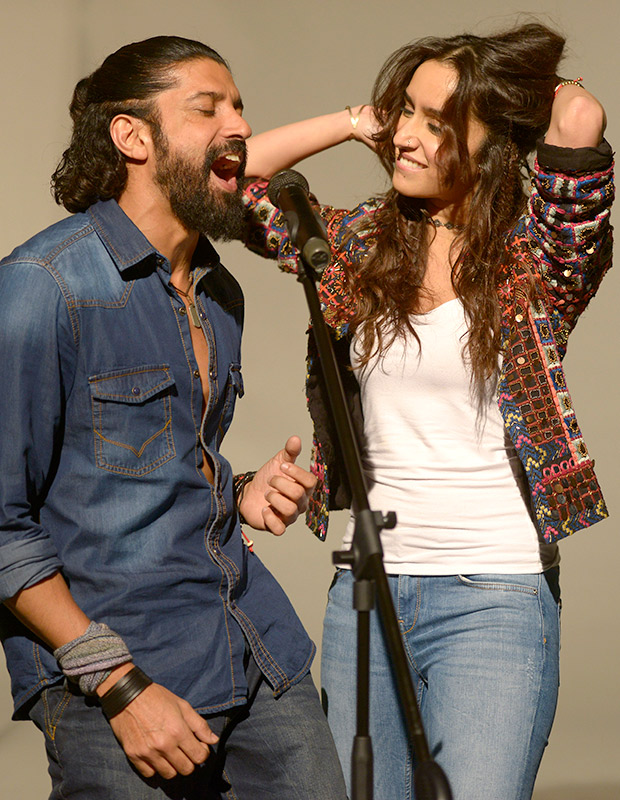 It all started off in the year 2008 when the cinegoers (esp. youth) got treated to a cult and raw musical journey in the form of the Abhishek Kapoor directed film ROCK ON!! And after 8 long years, the makers have come up with the film’s sequel titled ROCK ON 2. Will ROCK ON 2 prove to be a musical hit at the Box-Office, or will it lose its strings, let’s analyze.

ROCK ON 2 starts off with the voiceover narration of ‘KD’ aka Killer Drummer aka Kedar Zaveri (Purab Kohli). The story then mirrors upon the distances covered by Magik band’s members from the prequel till today. Aditya Shroff aka Adi (Farhan Akhtar) gets settled in Shillong to lead an isolated life as ‘repentance’ over a certain mistake. It is here that he finds peace by running his self-initiated ‘Farmers’ Co-operative’ and a school for the poor children. Even though ‘Farmers’ Co-operative’ works selflessly towards the benefits of the farmers, it just does not go well with the local governing officer of that area. On the other hand, Joseph Mascarenhas aka Joe (Arjun Rampal) becomes a successful entrepreneur as well as a judge in one of the TV reality shows. One day, on the eve of Adi’s birthday, the entire ‘Magik’ team springs up a surprise by paying him a visit in the North East to celebrate his birthday. Despite the happy mood, there looms an atmosphere of tension, anger, repentance and anxiety amidst everyone. One fine day, ‘Magik’ sees the inclusion of a struggling musician Uday (Shashank Arora) alongwith Jiah Sharma (Shraddha Kapoor) as its new members. On the eve of the performance, Jiah chickens out on stage itself and is unable to perform because of her  father’s resistance to western music. On the other hand, Adi’s adopted village in Shillong gets gutted down due to forest fire. And the money given by the Central government for the welfare aid of the affected farmers gets gulped down by a corrupt government officer in Shillong. This is when Adi and his rock band plan to organise a rock concert in Shillong in order to highlight the plight of the helpless villagers. What is the reason for ‘Magik’s members never-ending guilt, do Adi and his band members become successful in their uphill task of organising a rock show amidst rock solid resistance from their area’s officer, does Jiah’s father accept her modern singing and what secret is Adi hiding from Jiah, is what forms the rest of the story.

When ROCK ON 2’s promos were released, it only rekindled many memories associated with its predecessor ROCK ON!! In reality, ROCK ON 2 sings an extremely different tune (in literal sense). First things first. With absolutely no head or tail to the script (Pubali Chaudhuri, Abhishek Kapoor), the film lands up being a confused mish-mash of too many things. Also, because of the lack of a strong and convincing storyline, the film simply flows all over the place without any ‘direction’. None of the film’s characters are well etched or defined, and hence they fail to build any emotional bond with the viewers. As a result of this, the viewers do not feel sympathetic or empathic towards any of the characters. As the film drags endlessly, one just cannot help feeling indifferent to the happenings on screen. In an attempt to incorporate multiple issues in the film’s story, the film’s writers land up meaninglessly infusing story angles like social situation of the North East India, the divide between Indian and classical music, relationship struggles between father-daughter, husband-wife and even a stalker and his target. The film's dialogues are very average with no outstanding one liners. 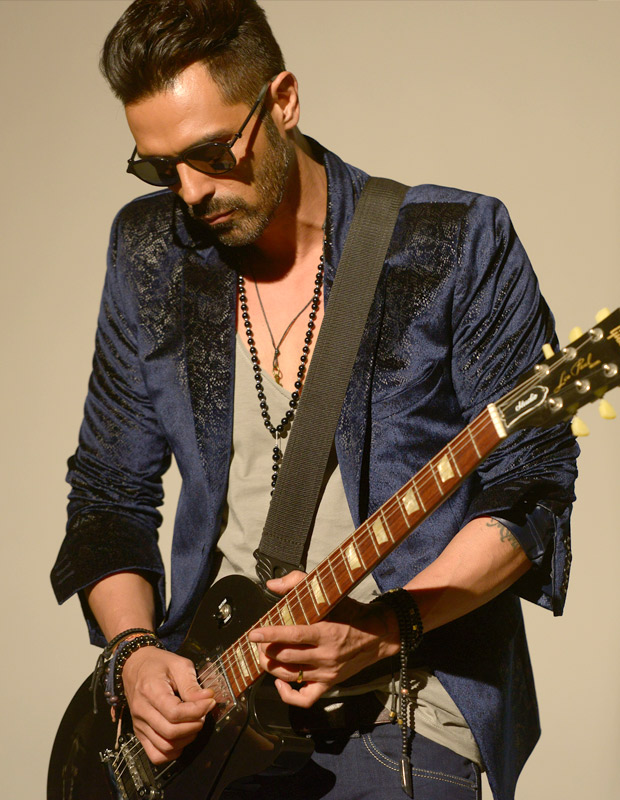 After having dabbled in advertising, Shujaat Saudagar makes his Bollywood debut as a director with ROCK ON 2. Without mincing any words, one has to admit that he has failed to present a credible story. He had no story idea to take his characters go on a journey. Most lead characters seem to have moved on in life and are forcefully brought in together to make a sequel. Shujaat Saudagar definitely has a long way to go as far as story telling in feature films is concerned.

As for the film’s performances, the film solely focuses on Farhan Akhtar. He tries his best to hold this mess together, but, after a point, he too seems to give up. His character is so delusional that he probably needs therapy rather than a guitar! Mind you, we are not joking when we say that. ROCK ON 2 focuses only on Farhan Akhtar's character, who is eternally confused and that too... for no credible reason! His character in the film gets so depressing and illogical, that even his on screen wife (Prachi Desai) refuses to take it any longer. Arjun Rampal, on the other hand, is completely wasted and looks totally disinterested in the film. It’s a real pity because, Arjun Rampal had won a National award for the prequel (ROCK ON!!) of this same film. Purab Kohli tries to bring in some genuine emotion, but, because he barely gets any space, his attempts go wasted. On the other hand, there’s Shraddha Kapoor, who looks endlessly lost in the film. She never gets a grip of her poorly written character Jiah, who is just wandering around in the film. All of these only add to the mess called ROCK ON 2. Other actors like Shashank Arora, Prachi Desai, Shahana Goswami and Kumud Mishra also barely manage to exist in this confused script.

For a film like ROCK ON 2, one expects a mind-blowing music album (Shankar-Ehsaan-Loy) with chartbuster tracks. Sadly, there's not a single track that stays back with you. The pace of the film is so slow, that even its music doesn't help. The film’s background music is average.

On the whole, ROCK ON 2 has no story, no good music and no entertainment value. With its slow paced narrative, limited buzz and the demonetisation move by the Indian Government, the film will be a disaster at the Box-Office.

Did the makers and cast of Rock On 2 lie to the nation? PVR is still charging the convenience fee

Shraddha Kapoor puts Haseena on hold for Rock On 2 promotions

Boring and very unlike wat u expect from a movie titled rock on...Acting performances are very good…

Expectations were high followed by nostalgic memories of Rock On.. Nicely portrayed the journey of…