Riteish Deshmukh, who is the son of former Chief Minister of Maharashtra Vilasrao Deshmukh, recently expressed his sadness on social media after BJP member Piyush Goyal threw allegations at him. His allegations included that the late Vilasrao was busy trying to get his son a role in the film when the iconic Taj Hotel in Colaba was under attack in 26/11. Upset by these allegations, Riteish took to Twitter to release a statement in response to the same. 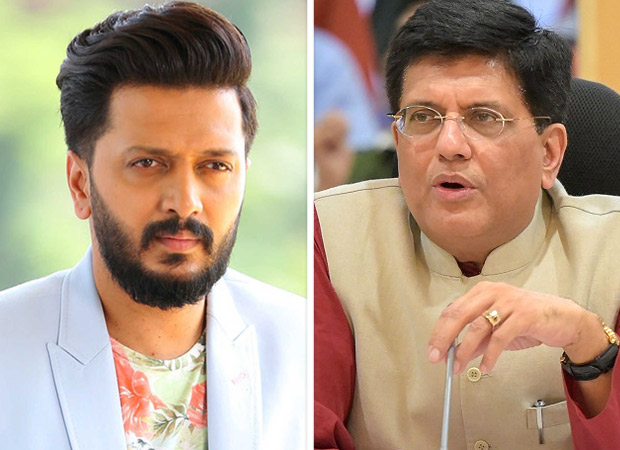 In what seems to be a competition between the Congress and Bharatiya Janata Party [BJP] during the ongoing Lok Sabha Elections 2019, BJP criticized the careless attitude of Congress and the national security threats and breaches that India faced during their rule. That’s when he accused the then Chief Minister, the late Vilasrao Deshmukh of trying to bag a film for his son when Mumbai was under terrorist attacks on 26/11. However, Riteish came in defense of his father and mentioned that while everyone has a right to question a Chief Minister, he maintained that it was unfair to throw accusations at someone who isn’t here.

His statement which was addressed to a certain ‘Honorable Minister’ without mentioning a name, read, “It is true that I had visited the Taj/Oberoi Hotel but untrue that I was there while the ‘shooting and bombing’ was happening as you claimed. It is true that I had accompanied my father but untrue that he was trying to get me a role in a film. He never ever spoke to a director or producer to cast me in film and I take pride in that. You have every right to question a CM but it is wrong to accuse someone who is not here to defend himself. A bit late, 7 years ago he would have replied to you. My best wishes with your campaign Sir.”

Also Read: When Riteish Deshmukh exposed the hidden talent of Karan Johar right before the release of Kalank title track