Last Updated 19.10.2021 | 10:39 PM IST
feedback language
follow us on
Bollywood Hungama » News » Bollywood News » WHAT! Dabangg 3 will see Salman Khan in a YOUNGER version and it will be done through CGI just like Bharat!

Last year, when Bharat went on floors the makers had asserted that Salman Khan will be seen in different avatars. Since it portrays the journey of a man from his childhood to his old days, the actor had to be showcased in a younger and older version of himself. Keeping in mind the same, the makers made use of CGI and prosthetics for it! Now we hear that Dabangg 3 too will have Salman Khan in a younger version and for it the makers are keen on using CGI yet again. 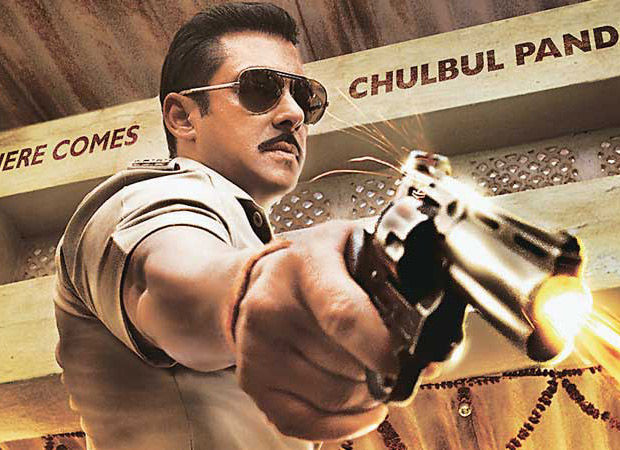 If reports are to be believed, CGI will play an important role in Dabangg 3 during the flashback. Although Dabangg 3 is indeed a part of the earlier released versions, this one reportedly has two different timelines to follow. Reports suggest that the film will constantly shuttle between present times and flashback modes, and that the latter will feature the younger version of Salman Khan. It seems that the third instalment will be giving us a deeper insight on the character of Chulbul Pandey and what inspired him to become a cop.

If this is true, then Dabangg 3 is expected to be much grander than the earlier released films as this format will be tried for the first time.

Sonakshi Sinha will be seen as the leading lady of the film whereas this time, Dabangg 3 will see Salman reunite with Wanted director Prabhu Dheva for this one. The film went on floors in Indore earlier where the team shot an extensive schedule and we even got glimpses of the same on social media. It is expected to feature Kannada superstar Kiccha Sudeep as the lead antagonist and also expected to star Mahesh Manjrekar who played the role of Sonakshi’s father in earlier versions.