We all know how popular Riteish Deshmukh is for his sense of humour. The actor has a repertoire that proudly boasts of comedy films but did you know he shares the same comic timing in real life too? If not, then you will get a proof now when the actor went to share the talents of Karan Johar right before the release of the song of the producer’s magnum opus Kalank. 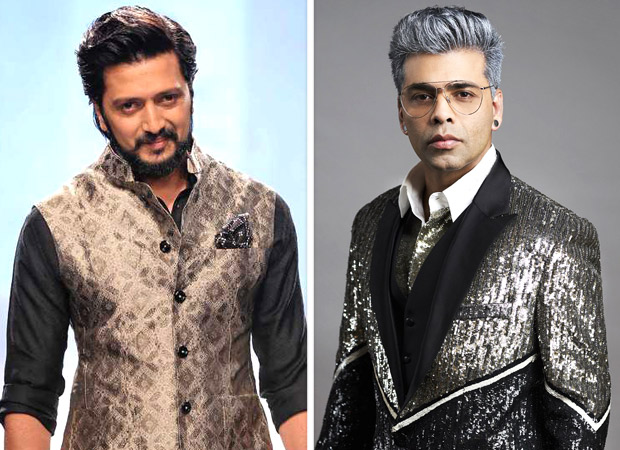 Riteish Deshmukh met Karan Johar on the sets of India’s Got Talent and was seen having a gala time with the filmmaker-producer and also the other judges on the panel which includes Kirron Kher and Malaika Arora. Meanwhile, audiences were left quite disappointed after the song launch was postponed by a day. During the same, Riteish decided to showcase the singing talent of Karan Johar. The actor shared this video on Twitter wherein the producer is seen crooning to the cult chartbuster ‘Tu Tu Hai Wahi’.

Riteish Deshmukh posted the video saying, “Since the release of the  #KalankTitleTrack is delayed by a day. Here I present @karanjohar - the singing sensation. #GuruGuruHojaaShuru.” The video features the director-producer singing whereas Malaika reacted to it by shutting her ears tight. Here’s a look at the same:

Since the release of the #KalankTitleTrack is delayed by a day. Here I present @karanjohar - the singing sensation. #GuruGuruHojaaShuru pic.twitter.com/Tte5xN6JTR

Kalank title track released earlier this weekend and gives us a sneak peek into the love story of Varun Dhawan and Alia Bhatt in the film. It also features Aditya Roy Kapur and Sonakshi Sinha. The film is a romantic drama set against the backdrop of 1940s and also stars Sanjay Dutt and Madhuri Dixit. It is slated to release on April 17.

Also Read: “It is my prerogative to talk about my life, my sexuality, my orientation”- Karan Johar