Rinzing Denzongpa is all set to debut with a true blue action film Squad directed by Nilesh Sahay, which has been in news for its scale of action; with the climax boasting of a modern-day battle with 400 stuntmen. Recently John Abraham, who is a close friend of Nilesh and an action superstar himself, saw the rushes and spoke about them being absolutely thrilling and mounted at a massive scale. Now adding to the already epic climax is another topping, a never-seen-before helicopter chase that was shot in a span of 4 days with 3 helicopters. 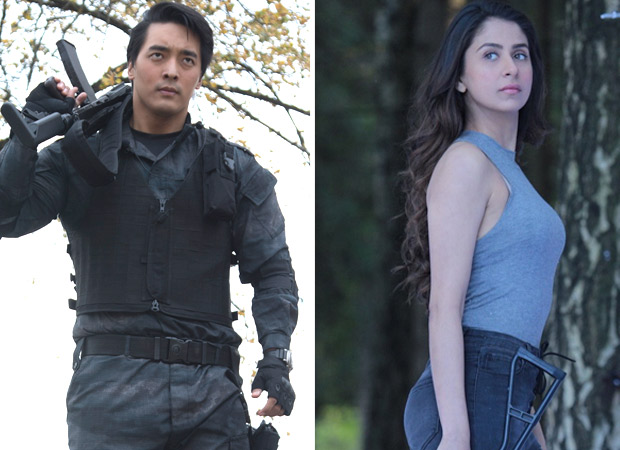 While Rinzing did his own stunts, Malvika too pulled her stunts on her own, where she co-piloted one of the choppers. Keir Beck, stunt coordinator says, “It was a big sequence and extremely tough as weather wasn’t the best. However, with 8 cameras rolling, Nylo (director Nilesh Sahay) kept his cool showing the composure of a seasoned international action film director even operating the camera in one of the helicopters. We got what we wanted and created another epic sequence for Squad.”

Nilesh adds “I really wanted to do what people haven’t seen here, and like Micheal Bay, I’m a fan of practical effects. I feel it’s a dying art so I wanted to keep it all in-camera then shoot in a green room. Squad is an emotional patriotic popcorn action film, with action on every beat.” Rinzing adds “It was really tough; we had to act while the helicopter was flying and doing stunts was like actually being in a chase”.

Malvika says, “I had to take flight simulation lessons for a month and did one run as co-pilot. It was the best experience of my life”. The film set to release this summer is surely one of the most anticipated films this year. We surely can’t wait to see what Squad has in store for the audiences.