Tiger Shroff is all over the internet, thanks to his latest action thriller War which released yesterday. His epic face-off with none other than his idol Hrithik Roshan is a super hit already. In case you've not checked out what a high-octane storm these two have stirred, you should! Meanwhile, a cute throwback picture of the hunk is also doing the rounds! 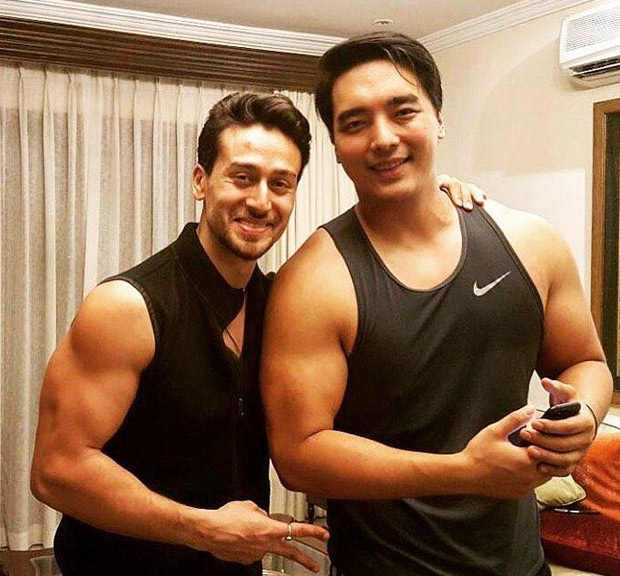 The photo has Tiger striking a smiling pose with childhood buddy Rinzing Denzongpa. It must have nearly two decades old, but Tiger is sporting the same, warm smile. Some friendships are meant to last forever, and the one between Tiger and Rinzing is certainly one such. Their fathers, in fact, have been friends for years as well. Rinzing is also great friends with Tiger's rumoured girlfriend Disha Patani.

Also, for those uninitiated, we hear Rinzing is set to step into Bollywood as well, and will be making his Bollywood debut opposite Malvika Raaj, best known for playing Kareena Kapoor Khan's child version in Kabhi Khushi Kabhie Gham. The film is reportedly titled Squad!

Coming back to Tiger, the actor is presently shooting for Baaghi 3 alongside Shraddha Kapoor.