Ranbir Kapoor starrer Sanjay Dutt biopic could easily be the most awaited film of 2018. Filmmaker Rajkumar Hirani has helmed the project as he had done two blockbuster hits with Dutt- Munnabhai MBBS and Lage Raho Munnabhai. Being one of the most awaited films, the teaser is set to hit the Internet and TV screens this afternoon. As the teaser reveal is closing in and the release is set for June, Rajkumar Hirani is opening about casting Ranbir Kapoor as Sanjay Dutt. He recently revealed why the young actor was a perfect fit for the role and how it all went down. 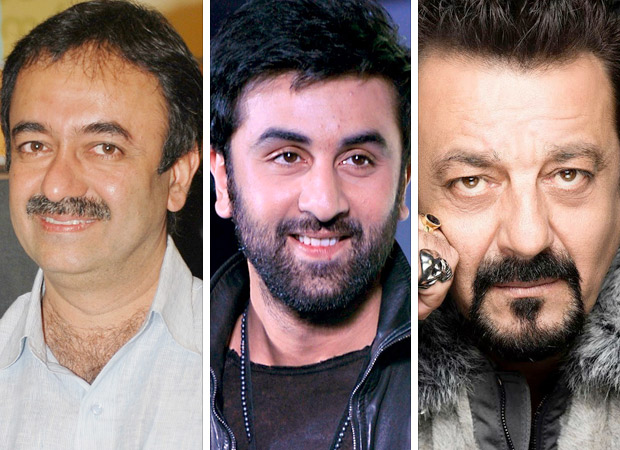 Ranbir Kapoor has undergone a drastic physical transformation to fit the part and will be seen in 6 different looks tracing the life of Sanjay Dutt. Ranbir Kapoor surprised the audience with the striking resemblance to Dutt as pictures from sets hit the internet last year. The actor not just embodied the looks of Sanjay Dutt but also learned the nuances and accent of the actor. The team underwent tremendous research for the film including watching almost more than 200 hours of footage for the film.

Speaking about how Ranbir Kapoor agreed to do the project, Hirani revealed that he had approached the actor via text after the basic draft was ready. As Ranbir knows the whereabouts of Bollywood in and about, he had an idea Hirani was making this biopic. He replied to the filmmaker that he hopes the meeting is not for the Dutt biopic. As Ranbir already knew about the project, Hirani insisted on meeting and realized the actor actually was very much aware of Sanjay Dutt and his life... As they had spent time and were even gym buddies at one point, he had probably heard stories. When Ranbir read the script, he found it interesting as Hirani had given a new angle to the entire life of Sanjay Dutt. He loved it and agreed to do it.

Further, Hirani revealed why Ranbir was the perfect fit for the role. He said that as the young actor is in his 30s, it was perfect for him to play both 21-year-old Sanjay Dutt and the older version of him in his 50s. The first reason they chose him as he is an amazing actor. As the film begins from Dutt's debut in Rocky when he was 21 and around the drug phase beginning, they needed someone who could transform easily into the character. The film, which will start from 21 to when he came out of prison at the age of 56, will showcase Ranbir in different avatars.

Last year, we all saw the leaked images from the sets of the Dutt biopic. Ranbir Kapoor's striking resemblance to Sanjay Dutt left every stunned. Speaking about whether the two actors have any similarity, Hirani added that both come from film families and have a unique charm. Sanjay Dutt is the son of late actors Sunil Dutt and Nargis whereas Ranbir Kapoor comes from a clan of artistes and is the son of Rishi Kapoor and Neetu Singh. Both became actors and have lived different lives in the spotlight. While they are both different in real lives, Hirani only thought of Ranbir for the role and he was a perfect fit for it. Talking about the brilliant transformation, the filmmaker revealed that the actor had to work very hard to get the perfect physically. As Sanjay is bigger and Ranbir is slightly taller, he worked hard to get the right physique. They did not want a caricaturish role. The actor would watch several hours of footage to get the right balance and this is why he resembles Sanjay Dutt so much.

Speaking of the actor, Hirani also revealed that during the filming, Sanjay Dutt only came twice to the sets of the film. He has only seen a few scenes and does not want to see the full film before it is complete. The filmmaker concluded saying it is very brave of Sanjay Dutt to open up about his life in such a way that not everyone can do it.

Produced by Vinod Chopra Films and Rajkumar Hirani Films in association with Fox star studios Dutt Biopic is all set to be released on June 29, 2018.

THIS is the reason why Taarak Mehta Ka…