The team of Raees, who came together for the 2017 crime drama starring Shah Rukh Khan, is all set to rejoin hands. Director Rahul Dholakia and producers Farhan Akhtar and Ritesh Sidhwani are now gearing up to make an action thriller and it is expected to be revolving around firefighters. 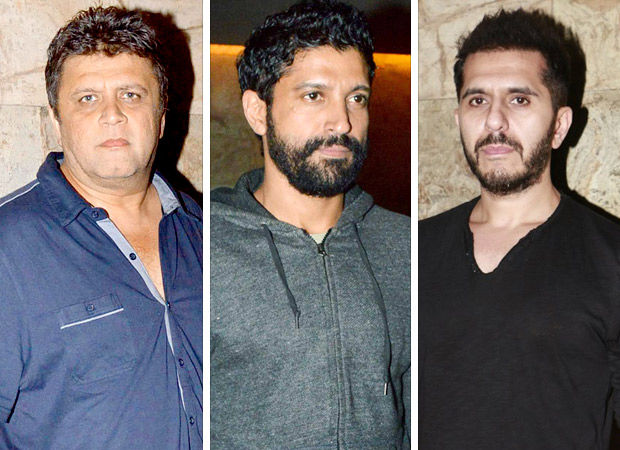 The filmmaker Rahul Dholakia in recent reports maintained that firefighters don’t get ample of acknowledgment for the kind of work they do. Set in Mumbai, the film is based on the life of a firefighter by the name of Tukaram, the film will talk about his work and how he motivates his team over SOS calls.  Even though the film is not a biopic, we hear that it revolves around many real life incidents.

While talking about the same, Rahul Dholakia shared, “But a series of fires in the city of late makes me believe that it’s time for a film that celebrates these unsung heroes. For me, the firefighters are on par with cops and soldiers, but their heroics have gone largely unacknowledged even in a city of skyscrapers. They put their lives on the line every other day to put out and save us from fires which sometimes spark off from our own carelessness and violation of safety norms. They are also called to pull a child out of a borewell, rescue a kitten from the roof, clear an uprooted tree from the road and help during a building collapse or a deluge. Even during the 26/11 attacks they played a significant role in the rescues but went unheralded'.

Rahul Dholakia has always been fascinated by firefighters since childhood and during his research, has met many in person, visited fire stations and even been on few trails with Randeep Hooda, the face of the Mumbai Fire Brigade and the brand ambassador of fire services in India

“A film like this offers plenty of scope for emotions and drama, action and visual thrills, with a larger-than-life protagonist at the centre, the surroundings and story-telling technique bringing in the realism,” Rahul added.

National Award-winning dialogue writer, Vijay Maurya, who has films like Chillar Party as a writer and Tumhari Sulu as an actor to his credit, and is now working with Kabir Khan on his World Cup cricket drama, 83, and Zoya Akhtar on her upcoming musical Gully Boy, has been collaborating with Rahul on the dialogues.

Rahul also shared, “Farhan has contributed a lot of inputs to the script and Ritesh is a brilliant producer. This is a big film and will cost a lot. It requires sensitive makers because while being visually dramatic, it needs to be an ‘experience’ for the audience to see and feel. Having worked with Farhan and Ritesh on Raees, I can’t think of anyone better to take this film forward with me."

Rahul Dholakia has a final narration with the producer duo in a couple of days after which they will start on the casting.