The leading ladies of Akshay Kumar and Emraan Hashmi starrer Selfiee have been finalised. The makers on Monday announced that actresses Nushrratt Bharuccha and Diana Penty have joined the cast. The announcement was done with a fun video with four stars. 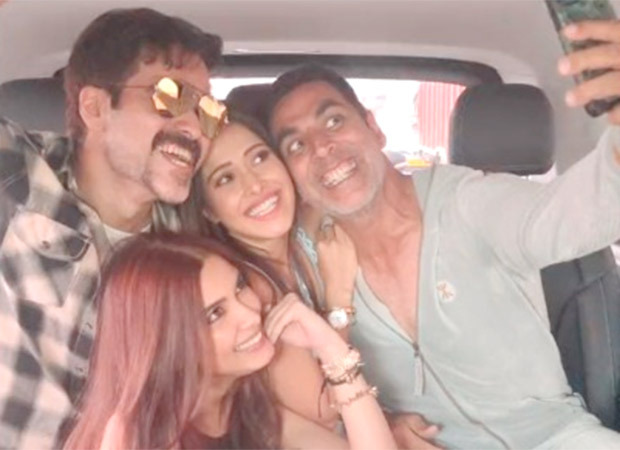 Akshay Kumar tweeted the video and wrote, "With @Nushrratt and @DianaPenty joining in, the #Selfiee squad is in full gear! What say @emraanhashmi, ho jaye muqabla?"

With @Nushrratt and @DianaPenty joining in, the #Selfiee squad is in full gear! What say @emraanhashmi , ho jaye muqabla? pic.twitter.com/MFFOTkmHbs

In January this year, it was announced that actors Akshay Kumar and Emraan Hashmi will star in the Hindi remake of the Malayalam film Driving License. The film, titled Selfiee, is jointly backed by Dharma Productions, Cape of Good Films, Magic Frame, and Prithviraj Productions.

Emraan and Akshay will be seen sharing screen space for the first time. This marks the return of Akshay and Nushrratt Bharuccha after Ram Setu. Selfiee is the Hindi remake of the Malayalam film Driving License which starred Prithviraj and Suraj Venjaramoodu. While Akshay will be reprising the role of a superstar essayed by Prithviraj, Emraan will be seen as a Motor vehicle inspector which was essayed by Suraj in the original.

The plot of Driving Licence follows the story of a cop and a superstar. The cop is a fan of the star, but the two end up at loggerheads when the star denies taking a picture with the cop and his family.