In what seems to be a shocking event, an entire cast and crew of an ALT Balaji show [owned by Ekta Kapoor] were attacked by goons whilst shooting for their show Fixer. The incident happened in Thane district, near Mumbai and the entire crew decided to share a video of them speaking about the attack. The video was posted by Ekta Kapoor on her official Instagram page where we got a glimpse of the distraught crew. A day ago, producer of the show Tigmanshu Dhulia too expressed his anger over the incident and the way his artists were mishandled. While they were assured action by film councils as well as politicians, now reports have it three accused have been arrested in the case. 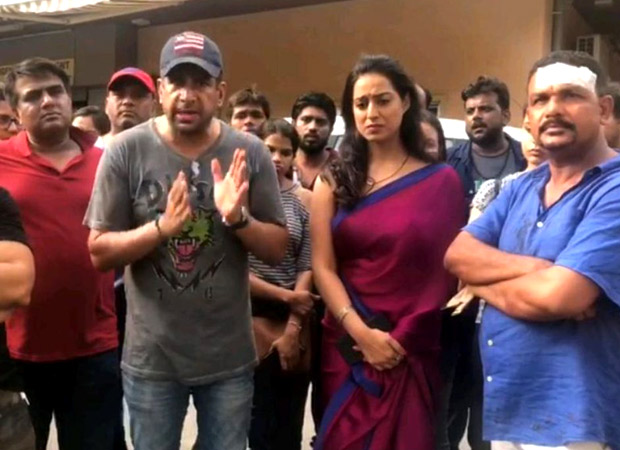 As per the video shared by the team of ALT Balaji show Fixer, they had mentioned that the police in the Ghodhbunder, Thane area where they were shooting refused to help them. Furthermore, Mahie Gill also stated that they had taken bribe from them too and also that they encouraged the goons to beat the show cast and crew members. Considering the gravity of the situation, some team members like Tigmanshu Dhulia, Sohum Shah, Mahie Gill along with Ashoke Pandit decided to meet Maharashtra Chief Minister Devendra Fadvnis, reportedly, to ask him to take strict action against the goons.

On the other hand, a senior police official from Kasarwadavali police station has asserted in reports that three accused namely, Krishna Sonar, Sonu Das and Suraj Gupta have been arrested after director Sohum Shah lodged a complaint against them. In fact, it has also been stated that the accused have been charged under Sections 326, 143 of Indian Penal Code.

Sohum Shah explained to reports that when the team was shooting in a closed set in Ghodbunder road, about eight to ten people attacked everyone and many of them including himself were left injured. Further Mahie Gill went on to add that there was no verbal abuse or conversation but the goons directly went on to attack everyone and she mentioned that she rushed towards the vehicle for protection.