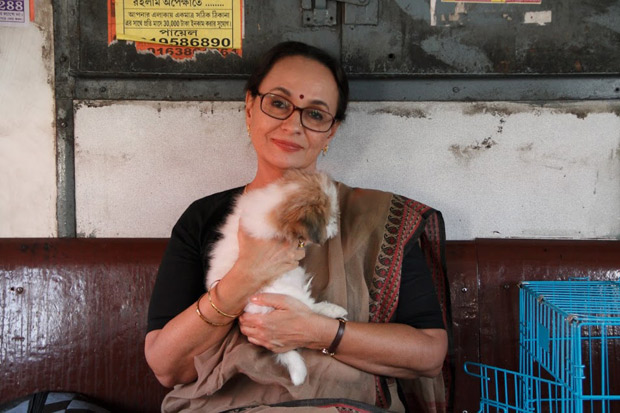 National Award winning filmmaker Sanjoy Nag (Memories in March) has wrapped up the shoot of his next film Yours Truly. The film which has been shot on location in Kolkata, is based on a short story, ‘The One That Was Announced’ by award-winning writer & playwright Annie Zaidi from the collection 'Love Story #1-14' published by Harper Collins. The film produced by Platoon One Films & MDC Filmworks has also revealed its intriguing and endearing first look.

Yours Truly, will see Soni Razdan, who has been directed by her husband Mahesh Bhatt in cult Hindi films like Saraansh, appear on screen with him for the first time in their illustrious careers. Razdan, who is also the mother of Bollywood darling Alia Bhatt, plays the protagonist Mithi Kumar alongside a superb ensemble cast along with Aahana Kumra (Lipstick Under My Burkha), Pankaj Tripathi (Newton, Bareilly Ki Barfi), and Mahesh Bhatt in a special appearance.

Written and directed by National Award winning filmmaker Sanjoy Nag, the film is a poetic romance drama unlike any other. He says, "It's a beautiful story of a woman and her journey of finding love in the most unexpected places. It was an incredible experience to shoot in the city of joy with such a talented cast and crew. We're now eagerly looking forward to finish the film and present it to the world!"

Produced by Shiladitya Bora, Nikhil Chaudhary and Milapsinh Jadeja, the film is slated for a summer 2018 release.

Anurag Kashyap and Ajay Bahl team up for…