After Judwaa 2, Varun Dhawan is all set to essay yet another character played by Salman Khan. Recent reports state that Varun and his father David Dhawan are all set to make a hat trick with the remake of Biwi No. 1 after Main Tera Hero and Judwaa 2. Interestingly, Biwi No.1 too featured Salman Khan and Karisma Kapoor in the original just like Judwaa. 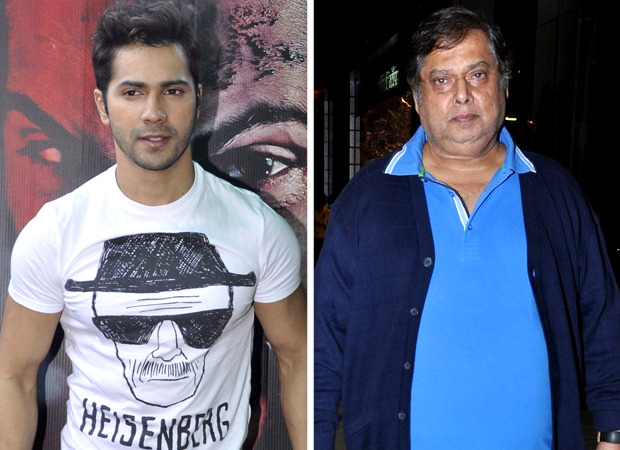 Talking about the project, although we aren’t aware of the details, reportedly it is being said that the film is in its initial stages. Apparently, Biwi No.1 is one of Varun Dhawan’s favourite films and considering that Judwaa 2 went on to become one of the biggest blockbusters this year, it seems that these have prompted the Dhawans to reboot yet another Salman Khan starrer. As for the casting and other details, it has been learnt that all of it is yet to be finalized.

We are sure many would be aware that Biwi No. 1 that released in 1999 is a remake in itself. The film is a remake of the Kamal Haasan, Ramesh Aravind, Kalpana, Heera Rajgopal starrer Sathi Leelavati. Set against a humorous backdrop, Biwi No. 1 featured Karisma aka Pooja as the quintessential traditional yet loving wife of Salman aka Prem housewife who gets busy with domestic work and their children post marriage.

Amidst all of these, Prem gets attracted to a model Rupali played by Sushmita Sen and decides to have an affair. But a series of events leads to his affair being exposed in front of Pooja. Heartbroken when she asks him to choose between his wife and mistress, he decides to live in with Rupali. But with the help of her mother-in-law, Prem’s best friend Lakhan aka Anil Kapoor and his wife Lovely essayed by Tabu, Pooja plots a plan to show Prem the difference between the life of a girlfriend and a wife. Saif Ali Khan too featured in an integral cameo in the film.

As for the reboot version of Biwi No. 1, we hear that the Dhawans will start work on the film next year. However, currently, Varun Dhawan is busy with his other commitments which include Shoojit Sircar’s October and YRF’s Sui Dhaaga.