Varun Dhawan, over the years, has proven that he is a versatile actor. The actor has gone from doing commercial entertainers to gritty drama to slice of life films. Interestingly, Varun is the only actor from the Gen-Y lot who has sustained in the industry without actually giving any flops till now. But, did you know the actor did not always plan to be launched in a commercial film? 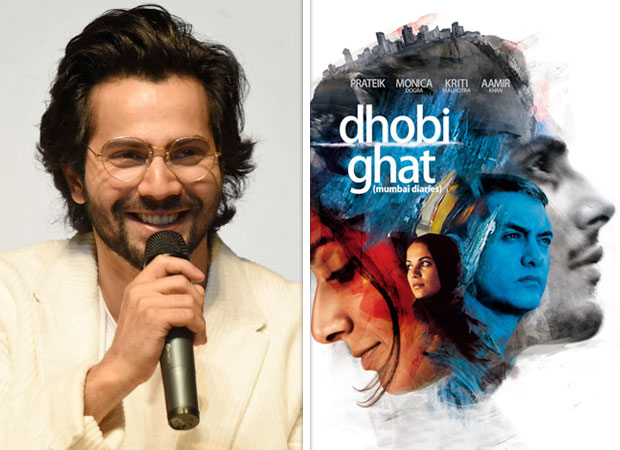 Varun Dhawan attended a panel discussion along with his father filmmaker David Dhawan on November 23. His film October was showcased as part of the Panorama Section. During the session, Varun talked on various topics including how he had auditioned for Aamir Khan's production Dhobi Ghat, which was directed by Kiran Rao, but did not get the part. “I initially wanted to own a [TV] channel where I could have my own talk show where I would do stand-up comedy, my own show," he revealed.

Speaking at the session of IFFI 2018, Varun Dhawan said, “Initially, my leaning was always towards the left side. I loved Anurag Kashyap’s Black Friday (2007) and all of Sriram Raghavan’s films. I was almost leaning towards there. I would have given my right hand at that time to be launched by Anurag Kashyap. I was excited to work there. Obviously, no one was taking me seriously then. I auditioned for Dhobi Ghat but didn’t get the part."

Recalling the conversation, David Dhawan said, "I told him, are you mad that you are going to do a Dhobi Ghat? You can’t begin your career with such films."

Varun Dhawan, who was elated to share the stage with his father David Dhawan, was excited for the screening of October at IFFI 2018. He had earlier said, “It was my dad who informed me that October was chosen to be part of the Panorama Section at IFFI. To be honest, since the time it released, I have had many people come up to me and tell me how it has touched them or how they couldn’t believe that a film like this was made in India. It’s great that it is being showcased with the best movies this year.”