Kartik Aaryan has kept his fans playing the guessing game all over the weekend. On Friday evening, he shared an intriguing post where he gave a glimpse of his action-avatar and asked his fans to guess what he is going to announce. His fans took the social media into a frenzy as they were not able to finally decide whether it's his first look for his superhero or action film or is it some brand commercial. 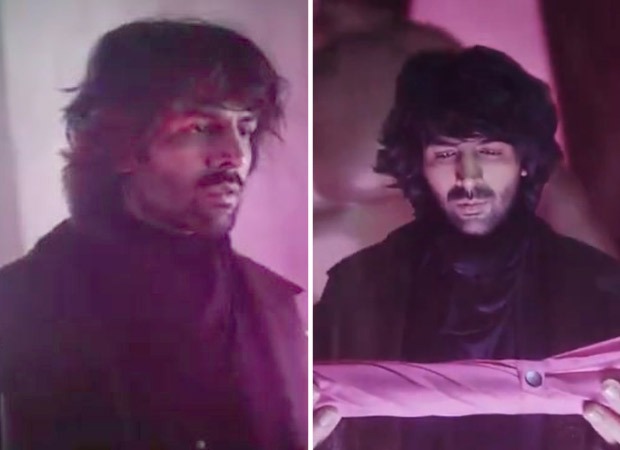 Kartik Aaryan has more than a dozen brand endorsements and several films in the pipeline and hence it got difficult for his fans to guess. But as promised the hunk has finally revealed the picture and shared a video to announce his new brand endorsement for a popular gaming app. What catches everyone's attention is Kartik Aaryan’s sexy action avatar in the video. The actor is seen for the first-time kicking goons and blazing guns and he surely makes for a perfect action-hero. Kartik Aaryan's highly-stylized video sees him in a never-seen-before avatar and netizens have totally loved it. What also the heartthrob keeps in mind is the right balance in being the mean machine and also dropping that 1000-watt smile and bringing dollops of cuteness to the video. Now isn’t he always making sure to please the masses the right way.

A glimpse of this video should surely ring a bell to the filmmakers that there’s some untapped side to the actor’s acting chops. Kartik Aaryan has not yet done an all-out action film. Though rumours are rife that he might be in the remake of Ala Vaikunthapuramuloo and that might see the young superstar do some flying-kicks for some high-octane action sequences.

ALSO READ: Kartik Aaryan opts out of Red Chillies project to be directed by Ajay Bahl; returns the signing amount of Rs. 2 cr.