No doubt that Aamir Khan pulled off the role of ACP Ajay Singh Rathod with aplomb in Sarfarosh. But fans of the superstar may be disappointed to know that the actor may not be a part of the film's sequel. In fact, recent reports suggest that John Abraham may be essaying the role of the leading man in the second instalment. 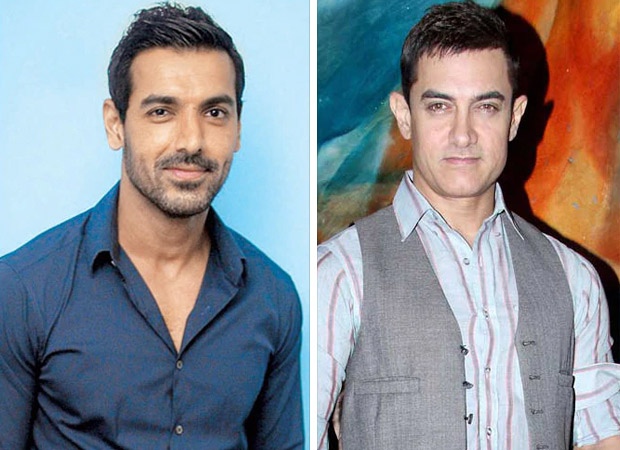 Reportedly, the sequel to Sarfarosh is expected to revolve around the Naxal movement and the red corridor in India. Readers may be aware that the prequel too has a brief reference to it, albeit only a couple of scenes. However, it is yet to be known if this installment will take off from where the previous one had left off.

Sources have been quoted in reports stating that John Abraham and the director of Sarfarosh, John Matthew Matthan are currently discussing the project. Although John hasn't signed on the dotted line, it is being said that the discussion is in an advanced stage.

If these reports are to be believed, John Abraham will be kicking off the film once he wraps the other commitments. Interestingly, John has played the role of an action-packed cop in the Force franchise in the past. So, it will be a good news for fans to see the actor as a police officer yet again and in a different franchise.

It has been learned that currently, the team is in search of a production house to back the project. Filmmaker John Matthew confirmed in these reports that he is indeed working on the script of Sarfarosh 2. However, he also maintained that the film is in the initial stages and that he can't comment about the casting as of now.

Sarfarosh, that released in 1999, also starred Sonali Bendre as the leading lady and Naseeruddin Shah as the main antagonist. Besides them, the film also featured Mukesh Rishi, Makrand Deshpande in key roles.

Also Read: REVEALED: Here’s why John Abraham was seen in a buzz cut and clean shaven look at the trailer launch of Satyameva Jayate