Riding high on the success of Andhadhun and De De Pyaar De, Tabu is set for yet another interesting role in the upcoming film, Jawaani Jaaneman. The film will mark the reunion of Hum Saath Saath Hai co-stars Saif Ali Khan and Tabu. It is being co-produced by Pooja Entertainment, Saif Ali Khan's Black Knight Films and Jay Shewakramani's, Northern Lights Films and is being directed by filmmaker Nitin Kakkar. 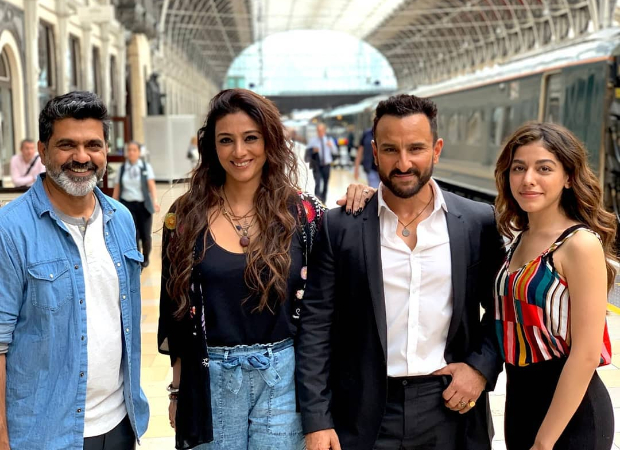 Tabu, who returned to Mumbai after wrapping up the film, stated that it was fun to work with Saif Ali Khan again after their 1999 film, Hum Saath Saath Hai. Though they starred in Biwi No 1, they did not have scenes together. She said that Saif has an amazing sense of humour and she was looking forward to working with him on this project. Tabu says, “Since I have been playing dark roles off-late, the character I play in Jawaani Jaaneman is absolutely refreshing. I loved the script when I read it and I definitely wanted to do this at first go.”

Jay Shewakramani, who is producing the film, called her to talk about the special appearance in the film. She is getting to do fun roles and gets to play with the character and look, she was ecstatic about it. She said that Jay was an old friend and when she heard the story, she discovered it was in fun space and was instantly ready for it.

While there are rumours that she is essaying the role of debutante Alaia Furniturewala's mother, she did not confirm it but said that more than anybody's mother or sister, it is the character that she liked. She liked the way it was conceptualized with the correct balance of humour.

Producer Jackky Bhagnani says, “A fresh script, a fresh cast and a coming together of a fresh team. So expect the unexpected. Without giving away much about the film, the only thing I will say is that if you have laughed, cried or enjoyed with your family, that's exactly what you will do with our film! Nitin sir, with his unique talent to say the best of the stories in the most relatable manner, has truly made a film that we are proud of. I hope the audience loves this film as much as we do.”

Jay Shewakramani adds, “As the title suggests, Jawaani Jaaneman has got a very young, fresh and energetic feel to it. With seasoned actors like Saif Ali Khan and Tabu along with the promising debutante Alaia F, expect the unexpected!”

Jawaani Jaaneman is truly a fresh, exuberant, coming-of-age story of a father and his daughter, with a roller-coaster of fun, emotions and lots of heartwarming moments thrown in. The film will hit the screens on November 29 this year.

ALSO READ: Tabu drops her look from Jawaani Jaaneman like a BOMB!