Housefull 4 is creating a lot of buzz even before the movie is released. The comedy of errors stars Akshay Kumar, Riteish Deshmukh, Bobby Deol, Kriti Sanon, Pooja Hegde, and Kriti Kharbanda in double roles as the story revolves around reincarnation. Now, the film certification and the runtime of the film have been revealed. The upcoming film has been given UA certificate by the CBFC. And the runtime of the film will be 2 hours and 26 mins. 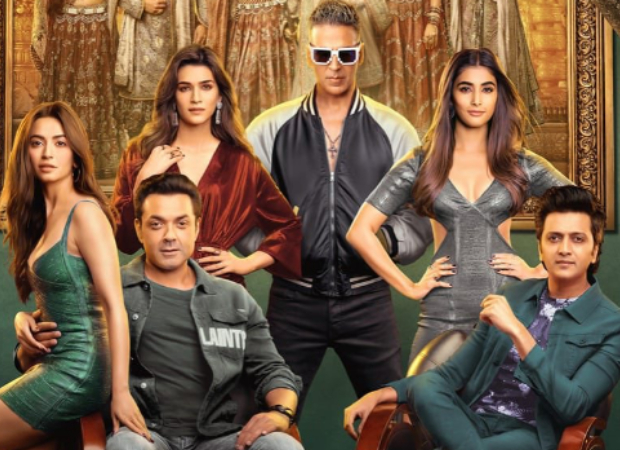 Just two days ago, the star cast did an interesting promotional campaign of the film with Indian railway. Housefull 4 Express was a fun event as Akshay Kumar & the star cast turned out to be super entertaining hosts to the media by presenting welcome kits and various gifts. The media & the cast had a lot of fun during the journey as they played Housie followed by Antakshari, among other fun things.

Housefull 4 is presented and produced by Sajid Nadiadwala's Nadiadwala Grandson Entertainment and co-produced by Fox Star Studios & directed by Farhad Samji. The film is slated to release on 25th October 2019.