These two sisters have never come together for a film, but fans always wanted Priyanka Chopra and Parineeti Chopra to collaborate. Looks like there's time before we see them lighting up the big screen together. But you can at least hear them together! 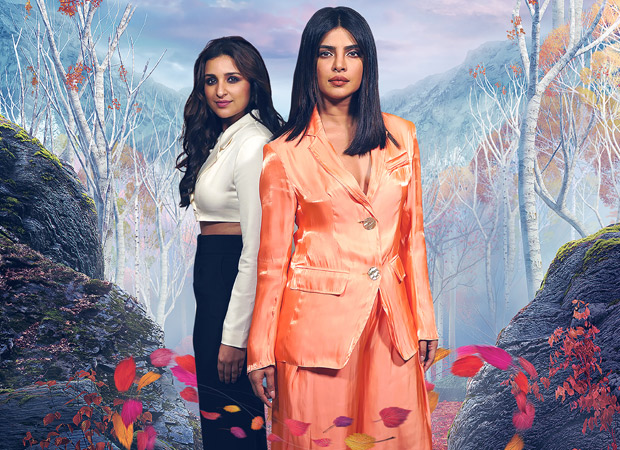 Priyanka and Parineeti will be voicing for Frozen 2, the second edition of the animation franchise. Queen Elsa's character in the Hindi version of Frozen 2 will come alive with Priyanka's voice while Parineeti will be lending her voice for Elsa's sister, Princess Anna. Priyanka took to social media to announce the collaboration between 'Mimi' (her nickname) and Tisha (Parineeti's nick name). Mimi and Tisha are now Elsa and Anna! The #ChopraSisters are finally coming together for Disney’s Frozen 2. Can’t wait for you guys to see us… I mean HEAR us bring these amazing, strong characters to life in Hindi. #Frozen2 in theatres on 22nd November 2019,' she wrote.

Mimi and Tisha are now Elsa and Anna! The #ChopraSisters are finally coming together for Disney’s Frozen 2. Can’t wait for you guys to see us… I mean HEAR us bring these amazing, strong characters to life in Hindi. #Frozen2 in theatres on 22nd November 2019. @parineetichopra @disneyfilmsindia #frozensisters

“Elsa is a fictional character who’s known to be strongly-opinionated and level headed, traits that I deeply connect with. This not only made me want to be part of the film, but also gives me a wonderful opportunity to present one of the most-successful animated films to our local audiences. My happiness just goes up a notch knowing that Parineeti will be voicing Anna’s character. The two of us have never worked together before and this seems like a perfect movie to come together and an experience that I am going to cherish forever," the actor shared, all excited.

“You don’t need to be an actress to dream of being a Disney princess!! I absolutely loved the first film, it’s my favourite animation film but never thought that I’d get to voice Anna. But of course the real cherry on the cake is that I’ve been cast in a film about sisters with my real life sister!! While dubbing we would keep laughing about the fact that we are actually like our characters in real life! Mimi didi is totally like Elsa and I’m totally like Anna!  This is why this movie will always be special. I can’t wait for the audience response," Parineeti added.

Priyanka, on the work front, is back to the US after the release of The Sky Is Pink and will soon begin working on The White Tiger, a Netflix original. Parineeri, on the other hand, will be next seen in Bhuj: The Pride of India alongside Ajay Devgn and Sandeep Aur Pinky Faraar opposite Arjun Kapoor. She also wrapped the filming of The Girl On The Train recently.