Netflix has confirmed the October 15th release date for South Korean drama My Name with the release of its teaser poster. My Name is about A revenge-driven woman who joins a crime ring and becomes an undercover police officer in order to find her father's killer. Director Kim Jin-min has previously teamed up with Netflix for his much acclaimed Extracurricular, an unconventional story about the darker side of high school teens. My Name, his much anticipated second collaboration with Netflix, makes its appearance with the unveiling of its teaser poster. 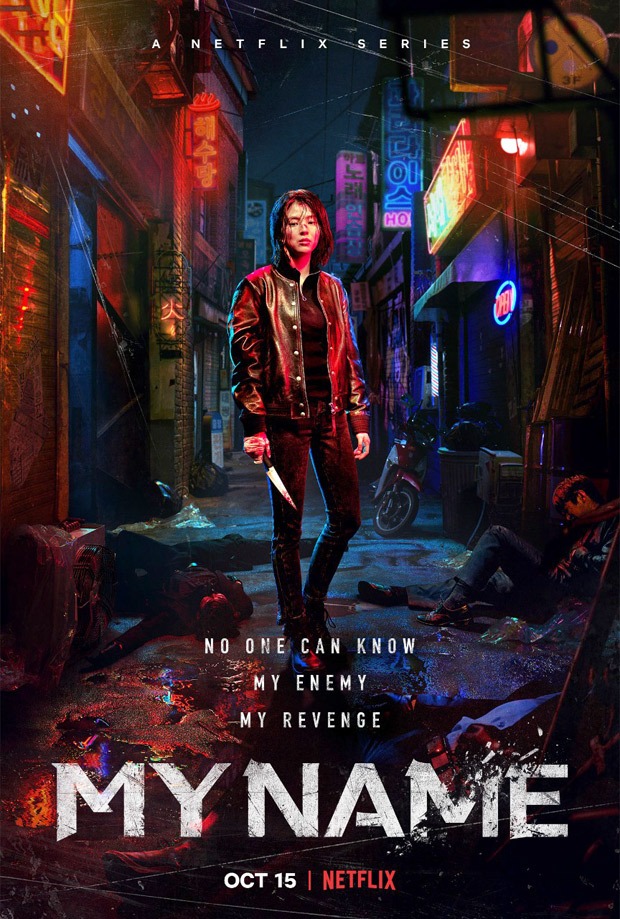 The teaser poster reveals a gripping copy that reads: “No one can know. My enemy, my revenge.” It is accompanied by the haunting image of Han So-hee, the likes of which viewers have never seen before. Her portrayal of Jiwoo in My Name takes a 180-degree turn from her other well-known characters as Yeo Da-gyeong in The World of the Married and Yu Na-bi in Nevertheless,. In the poster, she is standing in a dark alleyway with deep scratches on her face and a gleaming dagger in her blood-stained hand, looking as if she had just survived fierce combat. Han So-hee, who performed the difficult action scenes herself, is convincing as Jiwoo, a woman who willingly enters a criminal underworld to avenge her father’s murder and becomes a mole in the police force using an alias. She’ll stop at nothing for revenge and comes face-to-face with brutal truths.

Director Kim Jin-min, with his keen instinct for suspense, weaves a rich and dramatic storyline with Jiwoo and the other fascinating characters played by Park Hee-soon and Ahn Bo-hyun. My Name promises to be a gratifying action noir film with a tightly woven plot and thrilling suspense.

My Name will be released on October 15th, only on Netflix.