Kartik Aaryan, Ananya Panday are already making a lot of noise with their relationship rumours and along with these gossip pieces, their film is also getting a lot of publicity invariably. While Kartik Aaryan shot to fame after Sonu Ke Titu Ki Sweety did unexpected business at the box office, Ananya is a debutant star of Karan Johar’s Student Of The Year 2. They will be joined by the gritty actress Bhumi Pednekar. It sure looks like a winning combination on paper and what’s more, they have also completed the first schedule of the film recently. Now, the sources close to the film have claimed that the makers have decided upon Jan 10, 2020 to release the flick. 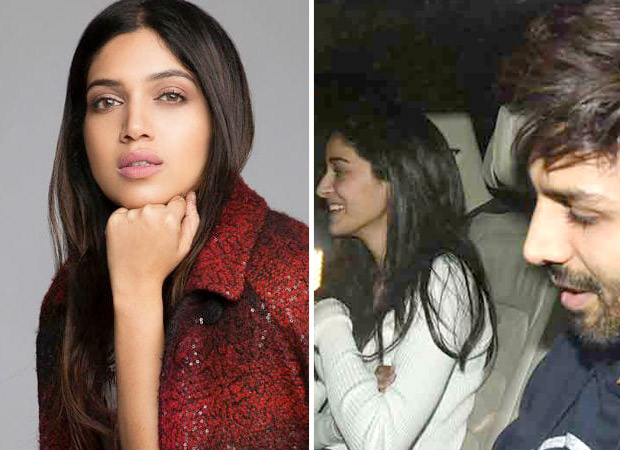 While there is still time for Pati Patni Aur Woh Remake to come out, Kartik will be seen in a slice of life comedy, Luka Chuppi, with Kriti Sanon. It completely falls into his genre as romantic comedies are his style. For Pati Patni Aur Woh remake though he has gone for a drastic transformation. His look from the movie was recently leaked where he had his hair oiled and parted sideways and he opted for a formal white shirt tucked in trousers.

Kartik Aaryan has been lately in the news more for his mysteriously interesting dating life than movies. But soon, this would change after the release of Luka Chuppi.