The farmers' protest at Singhu border has only intensified over the past few days. Punjabi star Diljit Dosanjh who has been showing his support for the farmers through social media has now landed at the protest site at Singhu border to show solidarity. 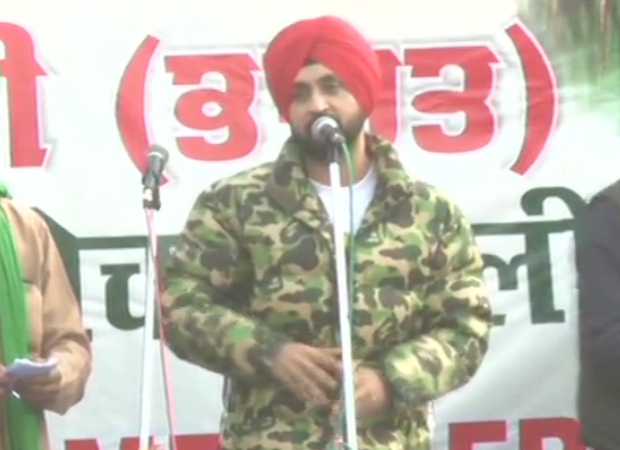 Diljit also addressed the farmers at the Singhu border. "I have come here to listen, not speak. Thank you to the farmers from Punjab and Haryana. You have created history once again," he said.

He also spoke in Hindi with a remark that seemed to have stemmed after his Twitter feud with Kangana. "Hindi main bhi bol raha hun phir badh me Google na karna pade (I am also speaking in Hindi so that one need not Google what I am saying again)".

"I want to say to the government- Do not divert from the issues. There is no other discussion going on here apart from that related to farmers. I also want to urge the media to support us, these farmers are sitting peacefully with their demands, please show that and support us. All are sitting peacefully. There is no talk of bloodshed. Everyone twists [facts] on Twitter,” he added urging the government to accept the demands by farmers.

Meanwhile, the Union Agriculture Minister is currently talking to a delegation of farmers to discuss the matter. The farmers have demanded that the farm laws be withdrawn post which they will end the protest.