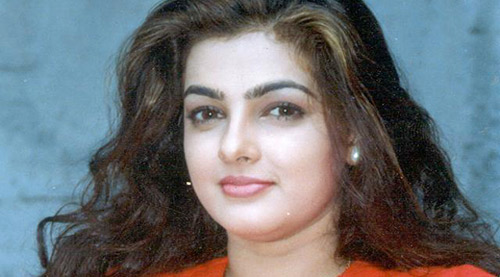 In the wake of the drug controversy that has plagued the life of Mamta Kulkarni, as of now, the police authorities in Mumbai who are in search of the actress, have deemed her as absconding. Earlier we had reported that Mamta and her husband Vicky Goswami have been declared as the masterminds behind drug trafficking after a drug racket worth Rs. 2000 crore was allegedly busted.

In a second charge-sheet in the Thane drug haul case that was filed on June 23, Mamta and her husband and the international drug lord Vicky Goswami, have been accused has been termed absconding in the 385 page charge sheet. Besides that, the charge sheet has also included five other names in accused which includes Manoj Jain, the director of the Avon Life Science Limited along with Hardipsingh Indersingh Gill, Puneet Sringi, Narendra Kacha and Babasaheb Dhotre. Officials claim that the charge sheet also portrays that there was direct contact between Manoj Jain and Vicky Goswami along with Mamta Kulkarni regarding the illegal drug racket. The alleged evidence also includes electronic data exchange (including Whatsapp messages) between Manoj and Vicky.

Mamta Kulkarni who is known for Bollywood films like Karan Arjun, Baazi, Waqt Hamara Hai, Krantiveer among others resigned from the glamour industry after tying the knot with Vicky Goswami.

Mamta Kulkarni clarifies her stand on the…

Mamta Kulkarni becomes an accused in the…