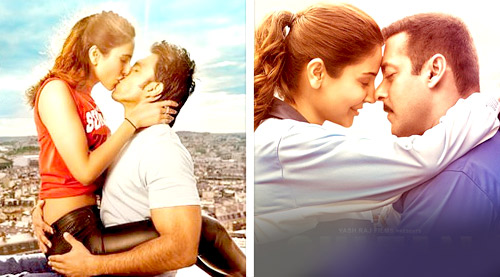 The recently released posters of Befikre that boasts about being one of Aditya Chopra's boldest films have definitely triggered curiousity. The team of the film has been stationed in Paris for the past couple of months for the shoot of the film and now we hear that they are all set to take advantage of the Eid release which is yet another Yash Raj venture Sultan.

Knowing the way Salman Khan's releases fare during the auspicious occasion of Eid, the makers ofBefikre, have decided to use this as an opportunity to release the first teaser of their film. However, not many details about the upcoming teaser of the romantic comedy have been revealed as of now. Ranveer Singh has been paired opposite Vaani Kapoor for the first time in Befikre and we hear that the actor has shed all his inhibitions for this ambitious film of Aditya Chopra.

On the other hand, also starring Anushka Sharma and Randeep Hooda, Sultan is directed by Ali Abbas Zafar and is slated to release on July 6.