One of the most awaited films of the year, Good Newwz, is all set to release on Friday. The film focuses on a novel idea of a sperm mix up that happens in an IVF clinic and the madness it ensues. Starring Akshay Kumar, Kareena Kapoor Khan, Diljit Dosanjh and Kiara Advani, this comic caper has a bold touch as well. Viewers who loved the trailer feared that the Central Board of Film Certification (CBFC) might do away with these dialogues. But it’s heartening to know that Good Newwz has been passed with no visual cut and just one audio cut. 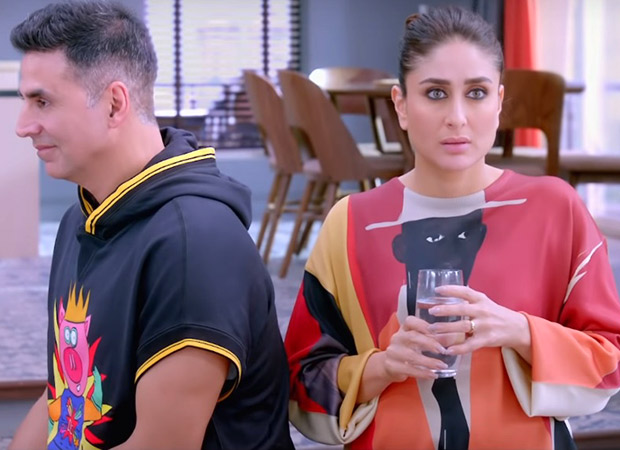 A source close to the film says, “In the trailer, one can see Akshay Kumar and Kareena Kapoor Khan discussing their sex life with their doctor, played by Adil Hussain. All those references have been retained and also that of sperm, eggs, fertilization etc. There has been no visual cut as well. Only two minor censoring was done by the CBFC. One is a sequence where Akshay Kumar rolls a joint and gets high. It’s a long, funny sequence and a part of which can also be seen in the trailer, where Diljit Dosanjh talks about Kiara Advani’s fart. So all the references related to the drug consumed by Akshay have been muted by the CBFC.”

The source also adds, “The other minor change was that the producers had put the anti-smoking ticker on the bottom right side of the corner in English. The CBFC wanted it to be written in Hindi. The makers made these changes immediately and once that was done, the CBFC passed the film on December 17 with a U/A certificate.” The length of the film is 133 minutes.

Good Newwz is produced by Karan Johar and incidentally, his 2016 family drama Kapoor & Sons also had scenes where the characters are smoking weed. Interestingly, that film had no visual or audio cut.