It's been nearly three years since American singer-songwriter Lauv, real name Ari Staprans Leff, dropped his hit single 'I Like Me Better' in 2017. The song was used in 2018's superhit Netflix rom-com To All The Boys I've Loved Before featuring Lana Condor and Noah Centineo. Since then, Lauv has been releasing solo singles and collaborations with various artists. He even made his Bollywood debut in 2019 with 'Dil Na Jaaneya' song for Akshay Kumar, Kareena Kapoor Khan, Diljit Dosanjh, and Kiara Advani's movie, Good Newwz.  Now, starting 2020, the 25-year-old musician is ready to release his debut album 'how i'm feeling' on March 6. 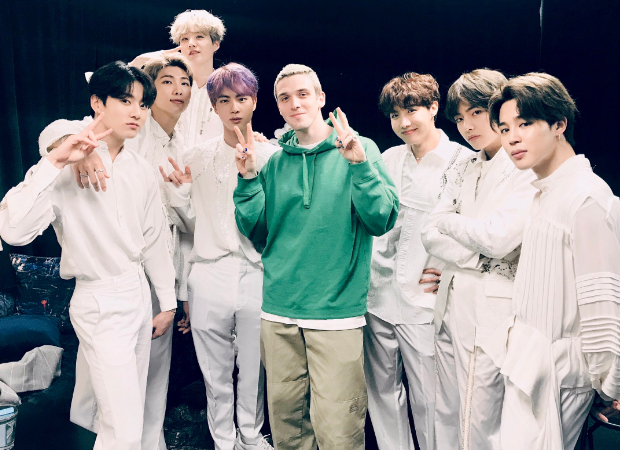 Ahead of its release, it seems like a huge collaboration is on the album featuring South Korean septet BTS. As per the new details that have surfaced online, BTS is featured on Lauv's debut album. The other artists include Troye Sivan, Lany, Anne Marie, Alessia Cara, and Sofia Reyes. This is surely exciting news for the fans who have enjoyed their previous collaboration.

The worldwide famous group collaborated with Lauv in 2019 on the remix of 'Make It Right' from their album 'Map Of The Soul: Persona'. This collaboration happened organically after Lauv attended BTS' London concert at Wembley Stadium in June 2019 and hung out with them and met them backstage.

Speaking to Elite Daily last year, Laux explained how the BTS collaboration fell into place. "I was leaving the backstage area, a woman from their team said the boys would love to have you on a remix of 'Make It Right,'" Lauv shared with the tabloid. "Two days later, I was in London and I just recorded it and sent it over."

He said that it was an amazing writing experience for him. "[BTS] wanted me to interpret [the meaning] in my own way and not necessarily stick to the lyrics that already existed in Korean," Lauv said. "It was really fun for me because I've never done anything like that. I always write candidly and whatever happens, happens, but this was kind of a situation where I was relating to what the song originally was and finding my own way into it."

While Lauv's album releases on March 6, BTS is gearing up for their highly anticipated album launch on February 21, 2020, with 'Map Of The Soul: 7' which is their fourth LP.