Bridgerton 2, which premiered on March 25, had a successful opening and made its way into Netflix's Top 10 in 92 countries becoming most popular English-language series on the platform in opening weekend. Moreover, season 2 star Simone Ashley has now confirmed her return for the hit series in season 3, hinting that the story will now focus on Kate and Anthony's married life. 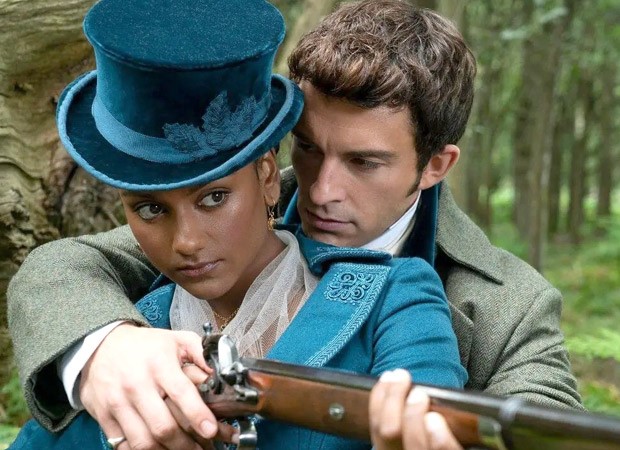 According to The Hollywood Reporter, Netflix’s weekly top 10 lists for March 21-27 shows the Regency-era romance having a huge first weekend. In the three days after its March 25 premiere, season two of Bridgerton amassed 193 million hours of viewing time worldwide which is the highest for any English-language Netflix series in its opening days. Season two made the top 10 in 92 of the 93 countries where Netflix keeps track of rankings (Japan was the only outlier).

In an exclusive conversation with Deadline, Simone Ashley confirmed that she and Jonathan Bailey will return for season 3. She revealed, “We’re going to be back! Kate and Anthony are just getting started. We have the amazing Jess Brownell who is taking the lead as showrunner in Season 3. In Season 2, there was a lot of push and pull between Kate and Anthony, there were complications with the family, and then they find each other towards the end. I think everything is just starting. I’d like to see Kate just let go a bit more and play more in Season 3 and kind of swim in that circle of love together. I think they both deserve it.”

Even though viewers love the swooning chemistry and intense love connection between Kate and Anthony, Ashley promises that the Viscountess will thrive on her own. “She’s in charge of the household now and she’s got big boots to put on,” she added. “I think she can do it. I want to keep that softness and vulnerability to Kate, for sure, and she can share that with Anthony. I’m just excited for her to have a home and to have a family. I’m excited to see her grow. I think I’d like to see Kate being much braver and less headstrong and more heart strong.”

The British actress also shared that she’s proud of how the Sharma family, who are immigrants to London from India, was portrayed as outsiders in this world of opulence who eventually carved out a space for themselves. “It’s much different for them than it is for the Bridgertons and the other families that we meet in this world. It’s an act of survival, and it goes beyond finding a love match,” the English actress said. “How am I going to protect and take care of my family, for them to live for them to eat, to be taken care of, and have a roof over their head? That’s the heartbeat I kept throughout the whole series, how important Kate’s family is to her. This wasn’t about who could get the Viscount, it’s so much deeper than that.

Bridgerton 2 is currently streaming on Netflix.