History was created on June 7, 2002 when two films, based on the life of brave freedom fighter Bhagat Singh clashed at the box office. One was The Legend Of Bhagat Singh, starring Ajay Devgn and directed by Rajkumar Santoshi. The other flick, 23 March 1931: Shaheed, starred Bobby Deol and Sunny Deol and was helmed by Guddu Dhanoa. And now history is about to be repeated. November 7 will see the release of the film, Bala and the following day, November 8 will see Ujda Chaman hit screens, both of which are based on the same central idea! 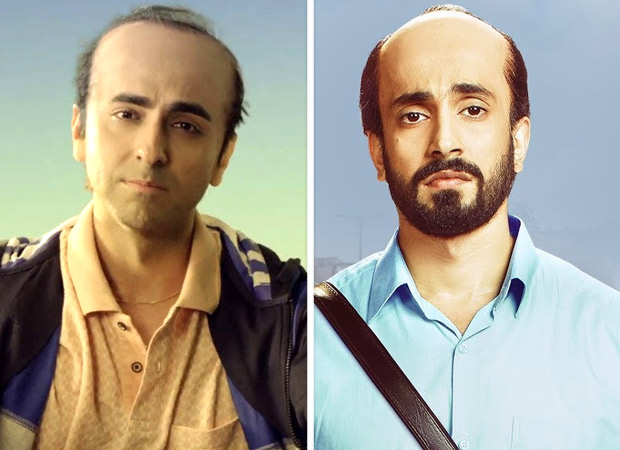 Bala stars Ayushmann Khurrana, who’s riding heavy after back-to-back successes. Also starring Yami Gautam and Bhumi Pednekar, Bala is directed by Amar Kaushik, who gave the surprise blockbuster last year, the horror comedy Stree. The teaser of the film was released in August and was appreciated. With Ayushmann in the lead, the film is bound to have a huge buzz, especially once the theatrical trailer is out. This Dinesh Vijan-produced film was originally slated to release on November 22. It was then preponed by a week, on November 15. And now the makers have further advanced the release by another week. The decision was taken after Marjaavaan, which was to release on November 8, was postponed by a week. This massy flick is a T-Series and Emmay Entertainment production, directed by Milap Zaveri and starring Sidharth Malhotra, Riteish Deshmukh, Tara Sutaria and Riteish Deshmukh.

Meanwhile, Ujda Chaman too is scheduled to release on November 8. It is the remake of an acclaimed Kannada film Ondu Motteya Kathe and stars Sunny Singh in the lead. It is produced by Abhishek Pathak and Kumar Mangat and also marks the directorial debut of the former. The trailer was released sometime back and was loved for its idea and humour. And as the name suggests, Ujda Chaman is about a man struggling with his baldness. Interestingly, Bala too tackles the same issue, and also stresses that inner beauty is more important than outer beauty.

Earlier, the scenario was ideal as Bala was to release a week after Ujda Chaman. But now with both the films scheduled to release on the same day, it remains to be seen if either of the film bows out of the clash or do both these films with similar premise clash at the box office.