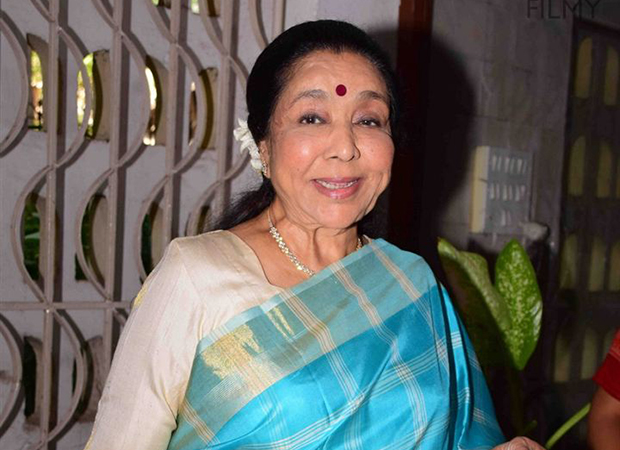 Veteran singer Asha Bhosale came back this year with Vir Das and Soha Ali Khan's film 31st October but the song went unnoticed. Now, the singer is all set to bring back her magical voice with Vidya Balan starrer Begum Jaan.

Asha Bhosle will be crooning a song which will be picturised on Vidya Balan in Begum Jaan and music of which has been composed by Anu Malik. This song will mark Anu Malik and Asha Bhosle's reunion after 10 years. Anu Malik recently informed that the song is a visual and audio treat. People will have to see it to believe it.

Begum Jaan's music album will have big names like Sonu Nigam, Rahat Fateh Ali Khan and Shreya Ghoshal. Even Anu Malik's daughter Anmoll Malik will get a chance to croon. He recently spoke about working with Asha Bhosle and said that it has been his biggest honour to have Asha Bhosle sing for him. He continued saying that she was sweet enough to say that Anu Malik had given her a new lease of life. It was an emotional moment.

Anu Malik continued that he got the music composition work not because of Begum Jaan producers Mahesh and Mukesh Bhatt. It was because of director Srijit Mukerji who had asked them about the music composer of 'Aisa Lagta Hai' from Refugee. When Srijit got to know about Anu's work, he just wanted him to come on board. Anu said that he is really thankful to Srijit.

Begum Jaan is is a remake of Bengali film Rajkahini starring Vidya Balan, Pallavi Sharda, Gauahar Khan among others and will release on March 17, 2017.