Begum Jaan Movie Review: Despite minor hiccups, Begum Jaan is a compelling watch with a hard hitting narrative and bravura performances as its USPs. 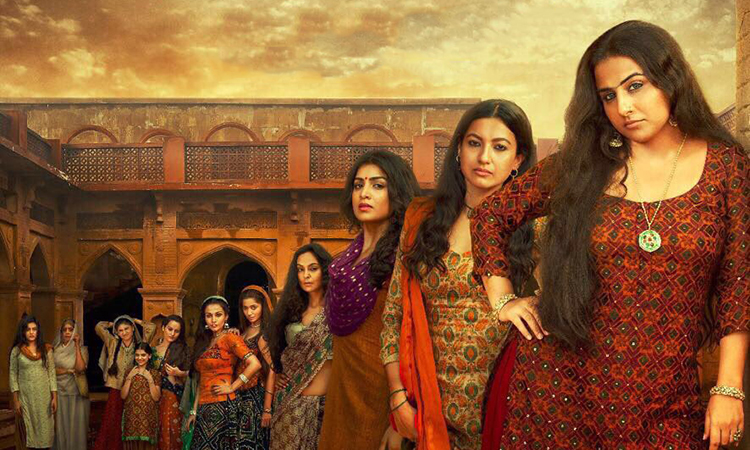 Shyam Benegal's MANDI remains fresh in the minds of movie enthusiasts and aficionados to this date. Unlike the glamorous depiction of courtesans and prostitutes in several Hindi films then, Shyam Benegal -- known for portraying realism in his movies -- captured the ambience and lifestyle of sex workers most authentically.

Srijit Mukherjee's BEGUM JAAN charters a similar path. Although it brings back memories of MANDI, BEGUM JAAN is *not* inspired by Benegal's film, nor is it a present-day adaptation of that film. A remake of the Bengali film RAJKAHINI [2015], also directed by Srijit, this one's set during the partition and is far more raw, brutal and violent than MANDI. The trailer of BEGUM JAAN was clear in its intent: It's not for the faint-hearted… actually, you ought to have a strong stomach to absorb this one.

Let's give you a gist of the plot first, before we move forward…

Cyril Radcliffe is entrusted with the task of drawing the border that would split Punjab into two parts: a portion for India and the other for Pakistan. The politicians [Ashish Vidyarthi and Rajit Kapur], representing their respective governments, go about doing their job earnestly, but their work hits a roadblock as they discover that a brothel -- run by the shrewd and sharp Begum Jaan [Vidya Balan] -- is positioned right at the border.

Begum Jaan refuses to vacate the premises, despite being served an official notice. She's defiant and rebels against the move to relocate elsewhere. My body, my house, my rules is her motto in life. Begum Jaan and the inhabitants clash with the officials amidst the changing political scenario during partition.

Srijit startles you at the outset itself: A shocking incident in present-day New Delhi makes you uncomfortable. Although it sets the tone of the film, a doubt crosses your mind as it unfurls: How pertinent and significant is this episode vis-à-vis the story Srijit intends narrating? I mean, weren't we prepared to watch a period film set in the 1940s? Was the sequence merely incorporated for shock-value? Srijit obviously knows what he's talking and answers the query only towards the final moments of the film. Oh yes, the appalling episode does have its connection with the plot and as you exit the auditorium, you realize that the mindset remains unchanged to this date.

The communally tense atmosphere during the partition has left scars that are difficult to heal. But BEGUM JAAN does not document what actually transpired between the two communities then. It takes an altogether different route as it focuses solely and completely on the fight waged by a handful of prostitutes to save their brothel.

BEGUM JAAN has its share of shining moments. Sample these: The confrontation between Vidya and the two politicians [Vidyarthi and Kapur] is the hallmark of the film… Vidya's interaction with Naseeruddin Shah and the latter's iniquitous demand is another startling aspect… The conversation that transpires between Gauahar Khan and Pitobash shakes you up… Vivek Mushran's volte face at a crucial juncture in the story is a shocker… These are standout moments that either bring a lump in your throat or haunt you even after the screening has ended. 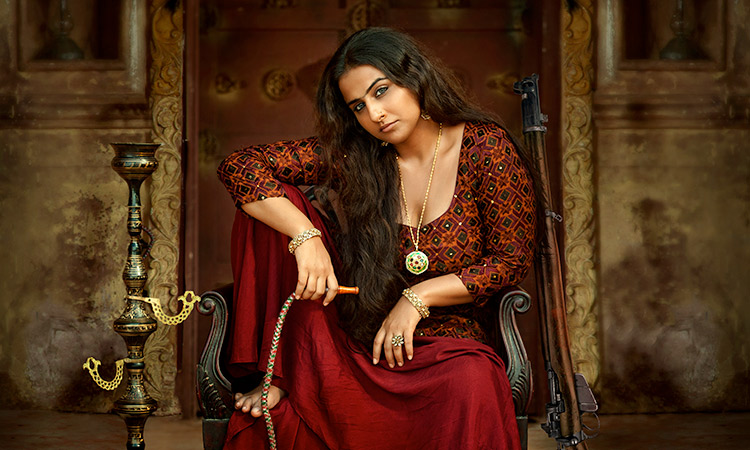 On the flip side, there are imperfections that are hard to ignore: You expect the tension to build up soon after Begum Jaan and the politicians have had a confrontation. The simmering tension catches you at times, but there are patches when it seems superficial. You remain detached to the goings-on… Begum Jaan witnesses the exodus happening all around and knows that her business will dry up sooner or later, but she refuses to move on. Sure, she has her reasons, but given the fact that she's a shrewd and calculating woman, her stubborn attitude doesn't cut ice... Juxtaposed at regular intervals is Ila Arun's character, who narrates varied stories to an adolescent. Frankly, it serves no purpose in taking the main story forward, nor is it relevant to the main plot… The bloodbath in the climax appears overdone, but what baffles you is the change of heart of those very people who wanted the prostitutes to vacate the land. This portion should've been more convincing and persuasive.

Notwithstanding the loose ends, BEGUM JAAN stands on its feet, courtesy the bravura performances from several actors of this ensemble cast. Unquestionably, Vidya Balan is the showstopper, the lifeline, the soul of BEGUM JAAN. She's loud, she's crass… it's wonderful to watch this powerhouse performer get into the skin of the character and deliver a memorable act yet again.

The remaining cast supports Vidya brilliantly, especially Naseeruddin Shah [attention-grabbing cameo], Chunkey Pandey [wonderful as a coldblooded contract killer], Gauahar Khan [requires guts to do the sequence highlighted above, is first-rate], Pallavi Sharda [a complete revelation, is in terrific form], Vivek Mushran [a performance that's bound to be noticed, is at his evil best during the closing stages] and Pitobash [nails it with a very fine act].

Srijit's execution of the material is top notch, no two opinions on that. He's an accomplished storyteller and a number of dramatic sequences cement this fact. Having said that, Srijit, the director is far more in command than Srijit, the writer here. The songs are well punctuated in the narrative, with 'Prem Mein Tohre' [rendered by Asha Bhosle and tuned by Anu Malik] being the pick of the lot. Cinematography [DoP: Gopi Bhagat] captures the mood of the film well. Dialogue are bold, gritty and acidic and enhance a number of dramatic sequences considerably.

On the whole, BEGUM JAAN has curiosity-value and shock-value, both. Despite minor hiccups, BEGUM JAAN is a compelling watch with a hard hitting narrative and bravura performances as its USPs. The moderate costing of the film should also ensure smooth sailing for its investors.

The ‘Begum Jaan’ who reinvented so many!

Vidya's performance is very nice and thrilling and award winning. She has done full justice to her…

Superb movie... Nice concept and performance of all the characters specially Vidya Balan is…

it left my eye in tears I love the ending part. plz watch the movie it's really story n brilliant…