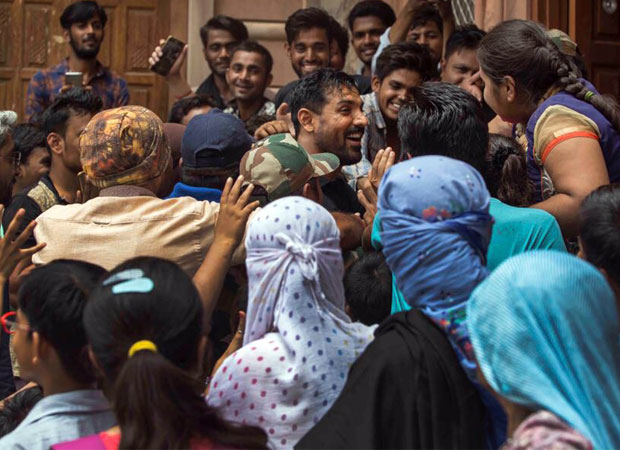 After Madras Cafe, which was based on an inglorious chapter of Indian history, John Abraham's JA Entertainment now joins hands with producer Prernaa Arora, who is fast coming to be synonymous with strong content films for Parmanu. Based on the nuclear bomb test explosions conducted by India at the Indian Army's Pokhran Test Range in 1998, Parmanu stars John Abraham, Diana Penty and Boman Irani and is already a subject of heated discussion ever since its announcement.

While shooting at Pokhran, crowds would often gather at the location to catch a glimpse of John and the actor on several occasions would step out to meet his fans, while they waited for hours at a stretch despite the rains.

There is also massive curiosity surrounding the film, speaking volumes for the kind of anticipation Parmanu has been generating. Says producer Prernaa Arora, "KriArj Entertainment is so proud to team up with JA Entertainment for Parmanu. We are constantly on the lookout for strong content and interesting subjects that have great potential to be told on the big screen and Parmanu is just that."