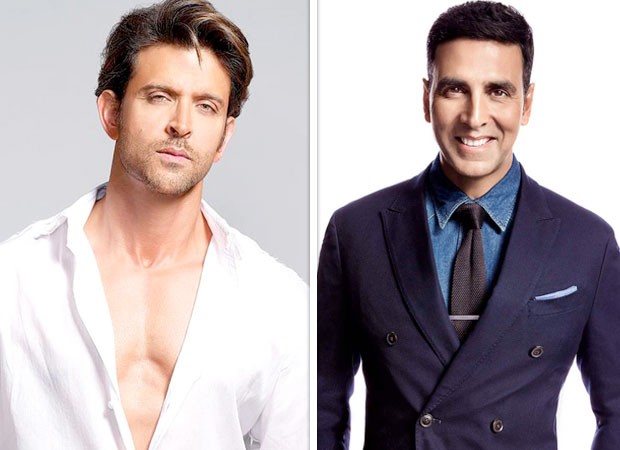 It was reported earlier that Hrithik Roshan was supposed to star in Anand Kumar biopic. Confirmed sources now say that Hrithik Roshan is no longer part of Vikas Bahl's Super 30, based on the life of Patna-based mathematician Anand Kumar. The development took place more than a week ago but the makers and actor have kept it under wraps as they want to finalize who will replace Hrithik Roshan first.

Trade sources say that Akshay Kumar has been approached for it and he is considering the film at the moment. Producer Vinay Sinha’s daughter Priti Sinha has the rights to the biopic Super 30, which is the name of the program founded by Anand Kumar to train young IIT aspirants and run by the Ramanujan School of Mathematics. Priti Sinha's Reel Life Entertainment and Phantom Films are producing the film.

Says a source, “Hrithik Roshan has backed out of the film after meeting Anand Kumar, a few weeks ago, at his Juhu residence. These are very trying times for Priti as it’s a project which is extremely close to her heart and she wants to get it started. While some trade people say Hrithik asked for a humongous amount and 50 percent backing, it is not true. He is the last person to discuss money. Truth is Hrithik Roshan and the creative team had major issues on the script and it was his father Rakesh Roshan who took the call. Hrithik and Rakesh wanted the changes and they tried very hard to crack it with Vikas Bahl, Priti and Anand Kumar but it just didn’t happen. It’s a good concept but the screenplay needs to be changed as it sounds like a docu-drama. The film was to go on floors later this year, but now, due to this delay, it will only start in 2018.”

Now, the makers have approached Akshay Kumar. The source adds, “Akshay Kumar met Anand Kumar on the same day at his Juhu office as Hrithik Roshan and they had a lengthy discussion. Nothing is finalized as yet. This was Akshay’s project, to begin with, but he refused it initially. Currently, he is doing Padman, Gold, and 2.0 but next year he has Mogul - The Gulshan Kumar Story and Land Of Lungi, he is considering Super 30 as it’s an exciting project and he may decide to co-produce it. This project had gone to Salman Khan earlier but at that time the star was not interested in such films. Hrithik and Akshay are not just neighbours but close friends and Hrithik is very much aware that the makers are in talks with the senior actor for the project. Hrithik’s next film is on kabaddi directed by Rakeysh Omprakash Mehra which begins from February next year.”