This could well be it for Raghava Lawrence!

Till about a week ago, the filmmaker still had sympathy from many fans and well-wishers. Though the point of view amongst many was still polarized, still many gave him a benefit of doubt when he decided to walk away from Akshay Kumar starrer Laxmmi Bomb. The filmmaker was upset that his consent wasn't taken when the first look of his debut Bollywood film was released by Akshay Kumar and the production team. On the other hand many thought a lot was being made about the (non) issue since this was just a glimpse to announce the film. 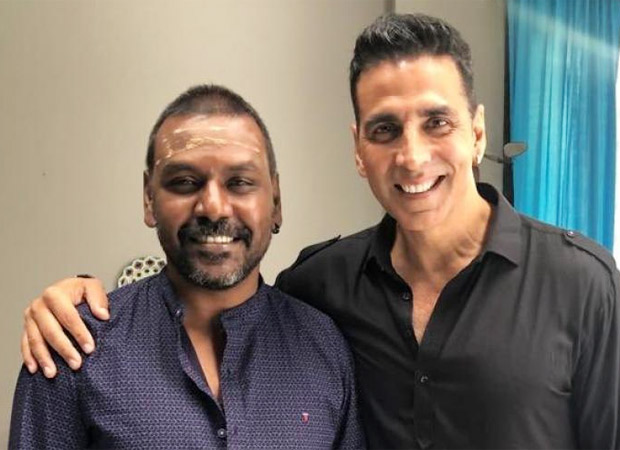 While Lawrence made his displeasure clear, what he did on late Saturday night only ended up isolating him from whatever goodwill that he was carrying amidst the Laxmmi Bomb team. Without any provocation whatsoever, he again ended up mentioning on social media that he was willing to reconsider his return to the film. So far, so good. However, he made one (major) error of judgment. Not just he made it sound like the makers of Laxmmi Bomb were after him to come back to the film; he even dragged his leading man's name into it all over again.

Apparently, he had a 'change of heart' since 'fans' of him and Akshay Kumar wanted him to back in the film. This isn't where he ended; he also put forth another condition, which is that he would step in only if 'given self-respect for his job'.

Anything wrong with that in principle? Not really; after all any artist worth his salt would definitely seek self-respect and proper motivation to work. However, there is one unwritten rule in the industry, be it Bollywood, Tollywood or Hollywood - 'You don't wash your dirty linen in public'!

There can be issues, misunderstandings, displeasures, arguments, fights and break-ups; however, all of that is expected to take place within the walls of a closed room. You don't make things public, you don't try to play the game of one upmanship, you don't make it sound like 'us v/s them'.

You do it quietly, within a confined space, in a private conversation and then - if it is really essential - make the end outcome public.

Here, Lawrence has clearly jumped the gun. When he chose to quit the film, he decided to make things public and later when he is thinking of reconciliation, he is again doing it publically.

Had this reconciliation taken place and only the decision had to be announced then it could well have been considered as a noble act. However, considering it is merely a thought which is being shared with the (not so) fine print of 'conditions apply', it appears to be a decision made in haste.

Clearly, the filmmaker has lost his lifeline here. Now it has to be seen whether there would be a call of 'lock kiya jaaye' from Akshay Kumar and team.