Bollywood actor Abhishek Bachchan is known to on trollers with his witty replies. His daughter Aaradhya, is also often targeted on social media and the protective dad has a fierce reply for them. Speaking to a news portal, Abhishek stated that he will not tolerate anyone trolling Aaradhya and that it is completely unacceptable. He went on to add that he is a public figure hence faces the criticism but his daughter is out to bounds for trolls. Abhishek went on to state that all those netizens who criticize Aaradhya, if they have the guts then they should say those things to his face. 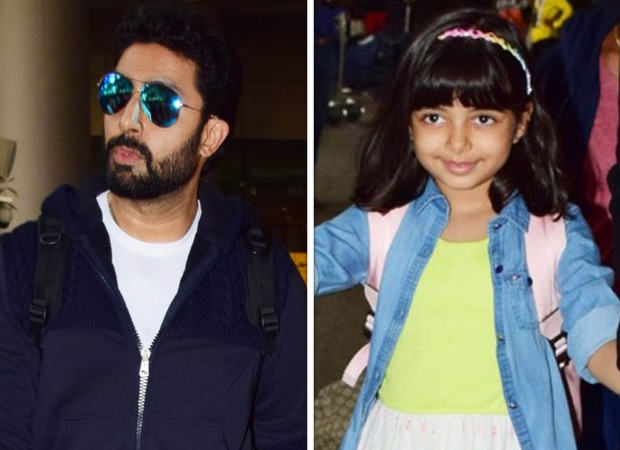 Last month, Abhishek and Aishwarya celebrated Aaradhya’s 10th birthday in Maldives. Sharing a picture of Aaradhya from the party, Abhishek had penned, “Happy birthday princess! Like your mother says ‘you make the world a better place’. We love you and god bless you always. #aboutlastnight.”

Abhishek Bachchan and Aishwarya Rai had tied the knot in 2007 and turned parents to Aaradhya on November 16, 2011.

On the work front, Abhishek will be seen sharing the frame with Yami Gautam in Dasvi. Junior Bachchan essays the role of an uneducated politician in this social drama which is directed by Tushar Jalota. Apart from this, Abhishek is also reportedly working on the Hindi remake of Tamil hit Oththa Seruppu Size 7.