Netflix’s recently released film, Dhamaka starring Kartik Aaryan and helmed by Ram Madhvani has gathered tremendous praise, love from viewers for its gripping storyline and spectacular performance by the cast. Since its release, Dhamaka has been trending in the Top 5 Non-English Films worldwide on Netflix. Dhamaka was watched for 4.8 million hours from November 22- November 28, 2021, on Netflix and has received tremendous love and appreciation from critics and audiences in India and around the world. The film has been trending in the top 10 in films in 10 countries on Netflix including India, UAE, Sri Lanka, and Bangladesh. 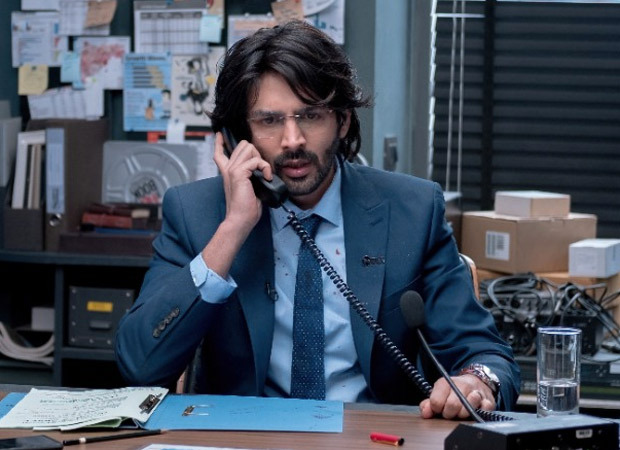 Kartik Aaryan starrer Dhamaka has been watched for 4.8 million hours on Netflix

On the success of Dhamaka, director Ram Madhvani, said, “Dhamaka is a film that I hold very close to my heart, I am very grateful to my actors and how they have put in their everything to do justice to their roles and to work around our unconventional methods of the shoot, that we call system 360 degrees. All the actors performed extraordinarily and every member working behind the camera has given their all to this film. I am grateful to all and to Ronnie Screwvala and the team at RSVP and the team at Netflix and my team at Ram Madhvani Films and especially our Co-producer Amita Madhvani and our Executive Producers Sia Bhuyan and Rhea Prabhu. It was overwhelming to have the film trend as one of the top titles post its launch on Netflix. I will cherish the love and appreciation it has received from the critics and all the audiences across the world.”

Talking more about the same, Kartik Aaryan shares, “I am extremely happy to see the response to my performance in Dhamaka. I was looking for a role that was something different from what I had done before and this was exactly that! Dhamaka is a unique story of ambitions and how far one will go to change their life. It will compel you to always think while making decisions that 'aap ne apni zindagi mein kya khoya, aur kya paaya'. To see the international level where this story travelled - with it trending in the top 10 films in more than 10 countries including UAE, Sri Lanka, Bangladesh and many more along with it trending in the Top 5 Non-English Films worldwide on Netflix is simply mind-blowing!”