Digital content creator and Youtuber CarryMinati aka Ajey Nagar will be making his musical debut in Bollywood. He will be reprising his rap single ‘Yalgaar’ composed by Wily Frenzy, and the adapted version will serve as the title track of the upcoming film, The Big Bull featuring Abhishek Bachchan and Ileana D’Cruz in pivotal roles along with Nikita Dutta & Soham Shah. 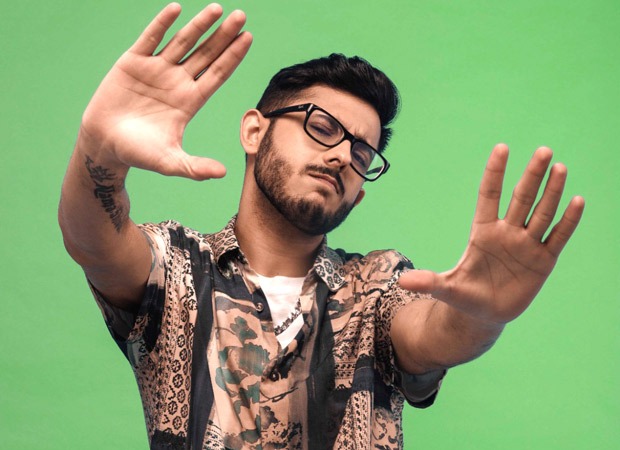 Recently, he was roped in for the Amitabh Bachchan-Ajay Devgn starrer thriller-drama Mayday to essay the eponymous role of a social media sensation.

CarryMinati states, “I’m so grateful to Kumar Mangat Pathak ji who telephoned my business head and cousin Deepak Char for this project. Excited to be working with Ajay Devgn once again and this time in regards to my second passion after gaming- music. I am very excited for this adapted version to be released soon and looking forward to a lot of love & support from the audience on it. The original track originated from the stance of a revolt whereas the adapted version highlights ingenuity and drive. Although we have maintained the belligerent ambiance of the track throughout.”

The Big Bull is directed by Kookie Gulati, produced by Ajay Devgn, Kumar Mangat Pathak, Anand Pandit & Vikrant Sharma and edited by Dharmendra Sharma. The narrative of the film navigates around stockbroker Harshad Mehta's life capturing his financial felonies from 1980 to 1990. The film is slated to release Disney+ Hotstar on 8th April 2021.