While speculations about them dating have been doing the rounds since many years, it is of late that Varun Dhawan has started speaking about his relationship with Natasha Dalal. After making many public appearances together, the couple have not only made it official but it has also fueled up many speculations about their impending wedding. Amidst the many reports about their wedding date etc., father David Dhawan has now come forward to speak about his son’s marriage and has hinted at a possible wedding in 2020. 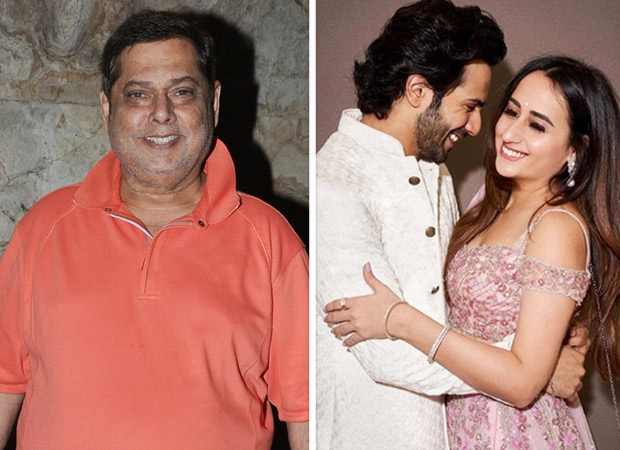 In recent reports, David Dhawan spoke about the ongoing speculations about the Varun Dhawan - Natasha Dalal wedding, wherein he firstly expressed happiness over his son finding the perfect partner for himself. In the same breath, he also revealed that a wedding may happen sometime next year. This comes after speculations that claimed that Varun was expected to get engaged to Natasha Dalal on his birthday which was on April 24.

Although no such announcement happened on his birthday, we hear that the actor is contemplating on postponing his engagement owing to his busy schedule. After Kalank, the actor kicked off Street Dancer 3D earlier this year. And of late, he has also started prepping for the remake of the hit Govinda, Karisma Kapoor blockbuster Coolie No. 1. Considering the lineup of films, Varun Dhawan had earlier mentioned in reports that he needs time to dedicate for the preps of his engagement and marriage. Hence, even though he wants to indeed get married in the near future, it may not be this soon.

Speaking about his current relationship status, his father David Dhawan also mentioned that he is very content with his son’s personal and professional life.

Varun Dhawan started speaking about Natasha Dalal during the latest season of Koffee With Karan wherein he also appreciated her for having her own individuality. The actor even spoke about them dating during Kalank promotions.