Vidhu Vinod Chopra and Rajkumar Hirani have been close associates and friends for many years now. Together, they have given us blockbusters which changed the course of Indian cinema. Therefore, it was shocking when Rajkumar Hirani was NAMED AND SHAMED in the ongoing Me Too movement by his assistant on Sanju sets. Post the same, he was asked to step away from their ongoing project, Ek Ladki Ko Dekha Toh Aisa Laga. He was not associated with their production venture and even Chopra refused to speak about the same on the public platform while promoting the Sonam Kapoor starrer. He had said, “This stage here is for something else, which is extremely important for us, as important as what you're talking about. This opportunity we should use to talk about this issue and that of course, when there is a right time, we will talk about it." 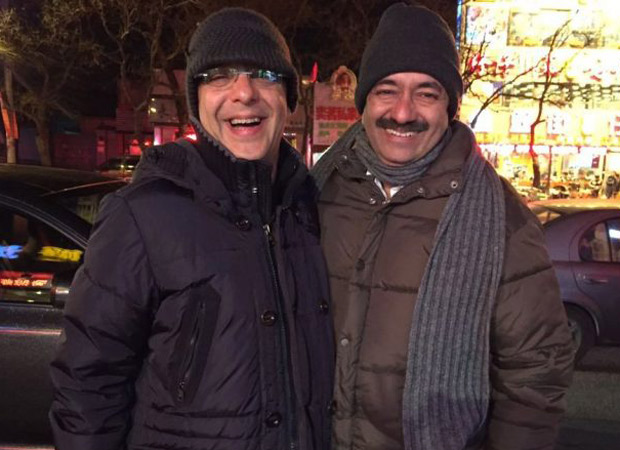 Now, it is reported that Hirani made an elusive appearance at the Akash Ambani – Shloka Mehta wedding and caught up with Chopra there. The two seemed to have mended their relationship or maybe there was no strain at all in the first place for they were seen conversing together for a long time.

After the allegations were made against Hirani he had issued a public statement about the same and written “I was completely shocked when these allegations were brought to my notice about two months back. I had suggested immediately that it is essential to take this matter to any committee or legal body. The complainant has chosen to go to the media instead. I want to very strongly state that this is a false malicious and mischievous story being spread with the sole intention of destroying my reputation."