Neha Dhupia starrer Good Morning is one of the gripping short films released as a part of Amazon MiniTV’s Mini Movie Festival. Directed by Jyoti Kapur Das, the 14-minute film revolves around Anagha, who simultaneously juggles her professional life with two kids. In an exclusive interview with Bollywood Hungama, Neha Dhupia talked about being a mother of two off-screen, husband Angad Bedi, and their parenting style. 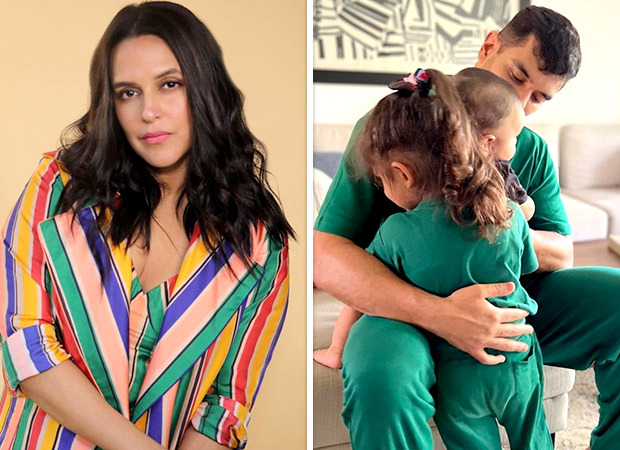 EXCLUSIVE: Neha Dhupia talks about Angad Bedi’s parenting skills, and mom-guilt; says, “he’s still getting rewarded for being the dad”

When asked to share her experience of being a working mother, Neha while explaining that there are certain things that a woman does as a mom, which is not in the father of a child. While praising Angad, she asserted, “He understands the business. He understands what it takes, he understands rejections and the large public failures. He understands every bit of it. So, he knows emotionally what my beats are.”

“But having said all that, he's still not on any WhatsApp groups. He's still getting rewarded for being the dad. For instance, if it's just parent-toddler, and they'll be like - Oh, my God, Guriq came in with Angad. Let's not make a big deal of it,” added the actress.

She continued, “I remember after Mehr was born, I went to an event with Angad. Then everybody looked at Angad and then they were like, so what's going on? What are you working on and all that? And then they looked at me and said, so you are here; who's looking after your baby? Why is the question pointed at me?”

The De Dana Dan actress then mentioned, “I feel we are on the other side of equal parenting with us. He knows that I need him, I need another parent to get me away from my child to systematically move out without hurting the kids emotionally.

For the unversed, Neha and Angad tied the knot in May 2018. Later, the couple welcomed two kids, Mehr in the same year whereas Guriq was born in October 2021.