Varun Dhawan is currently on a great professional high. He has delivered back to back hits, although Kalank was NOT exactly a hit he still has great brand equity. He also is very popular on social media, thanks to all his fitness videos and pictures. Taking this into consideration, sports brand Reebok India has roped him in as a brand ambassador, reportedly. Shahid who was a face of this popular brand has been replace, it is reported. 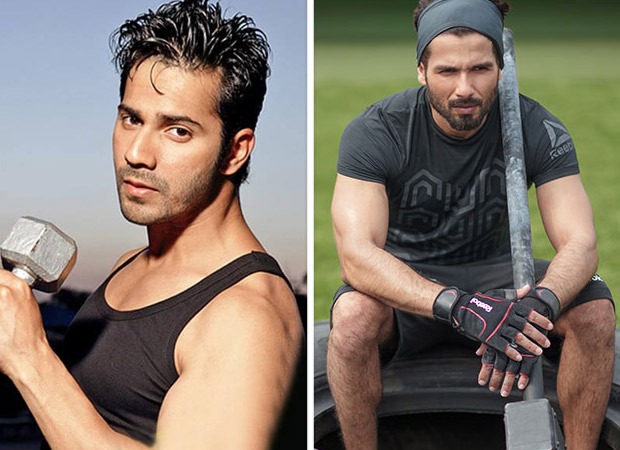 Shahid Kapoor had launched a new brand new campaign for Reebok last year which involved him doing a lot of stunts including swinging a hammer.  Now it seems that the brand is looking for a younger face who has a better connect with the youth. The actor has not yet confirmed the news but very soon, we would be treated to a new campaign it is touted.

Meanwhile, Shahid is currently in news as his trailer of Kabir Singh has been received very well by the masses. Kabir Singh is remake of a very popular movie, Arjun Reddy in Telugu. Varun meanwhile is shooting for Street Dancer with Shraddha Kapoor. He has his father David Dhawan’s Coolie No 1 adaptation in his kitty with Sara Ali Khan too.