Varun Dhawan is a very busy man. Either he is seen working on his film set, or doing an ad shoot, but he has no time to spare. Amid all this, Varun Dhawan keeps his fans updated on his day to day shenanigans and it seems like his daily routine is getting more and more hilarious. 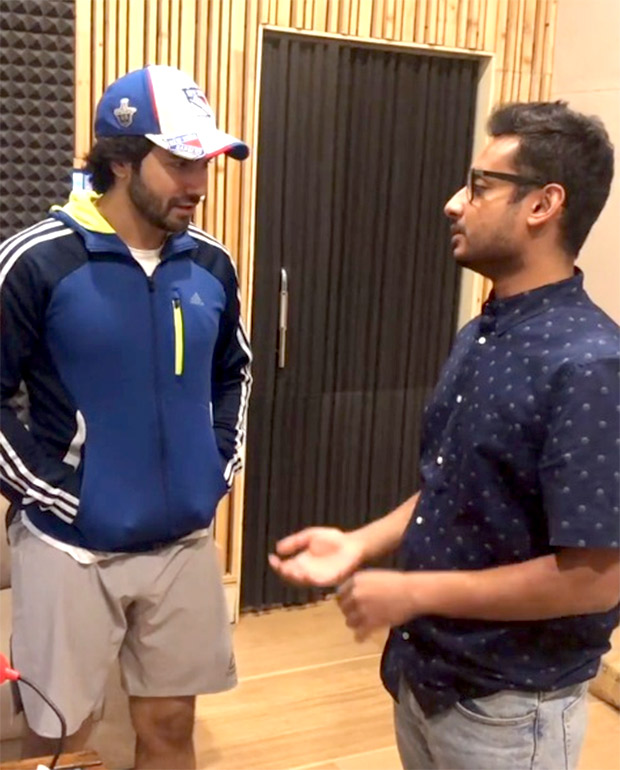 Varun Dhawan shared a video on his Instagram this afternoon in which he is learning to do vocal exercises. It starts off well until it takes a hilarious turn when he can't do the high pitch exercises. Knowing how bad he was, he simply captioned the video, "I suck." In the comments section, he also wrote, "Nahi ho raha hai."

It did leave his friends Arjun Kapoor and Sophie Choudry and other industry colleagues in surprise. Arjun simply responded saying, "WTF is going on?" whereas Sophie asked him to try doing the exercises with her and her band. The response from his friends and colleagues were pretty hilarious.

Meanwhile, Varun Dhawan will next be seen in Abhishek Varman’s period drama, Kalank. The film is a multi-starrer comprising of Alia Bhatt, Sonakshi Sinha, Aditya Roy Kapur, Kunal Kemmu, Sanjay Dutt and Madhuri Dixit. The mega-starrer is set to release on April 29, 2019. 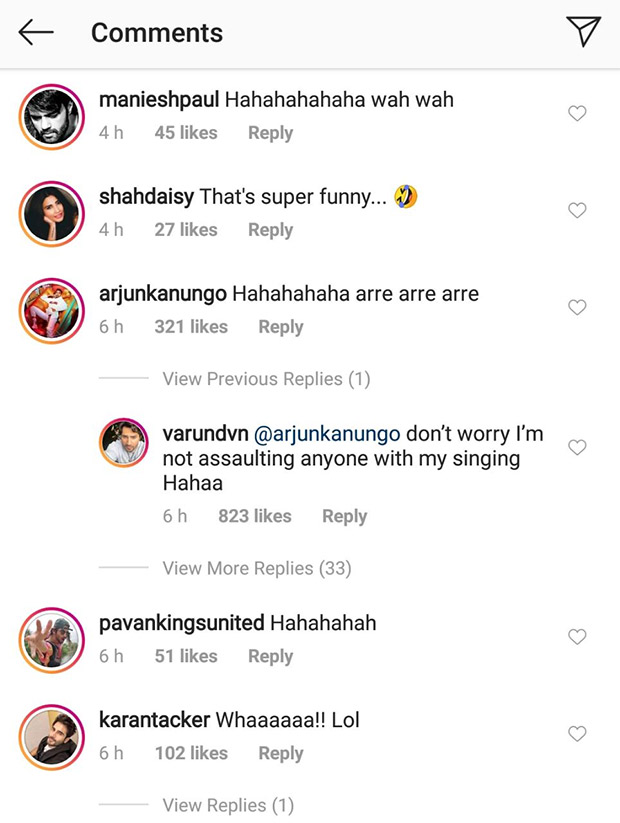 Also Read: Varun Dhawan reveals he wanted to be launched by Anurag Kashyap