Tara Sutaria will be seen making a debut with Dharma Productions’ Student Of The Year 2. The movie is the second instalment of the franchise and so far, it has created quite a buzz with the fresh pairing of Tiger Shroff and the debutants, Ananya Panday and Tara Sutaria. The trio is all set to start promoting their movie and during one of the interviews, Tara confessed that she looks up to Kangana Ranaut for all that she has achieved in her career. 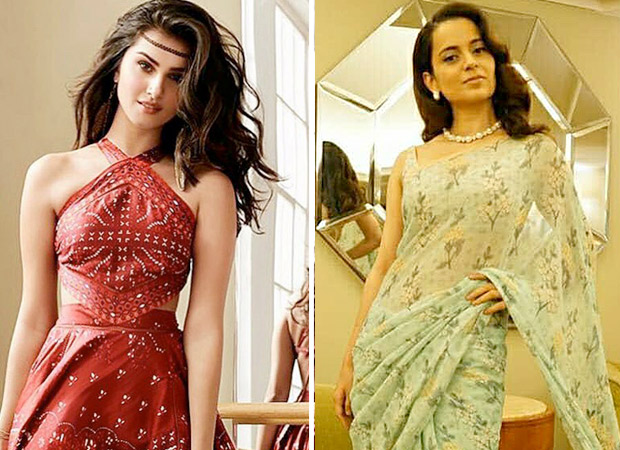 Tara Sutaria, even before she has had her debut film released, has bagged two other films. She will be seen playing a pivotal role in Sidharth Malhotra and Rakul Preet starrer Marjaavaan and will be playing the leading lady’s role in Ahan Shetty’s debut, the remake of RX 100. She already has quite a lot of fan following on social media. As for Kangana Ranaut, she has been in the news for a lot of bold statements she has made stirring up controversies. Tara, however, finds Kangana’s career extremely inspiring. Both Tara and Kangana are non-star kids and that only makes it better for Tara. Tara said as an upcoming actor, it is great to see Kangana come up in the industry without any support and solely on the basis of her talent.

Well, we agree with Tara for Kangana has come up in the industry without any support or a godfather as such. Student Of The Year 2 releases on May 5, and is helmed by Punit Malhotra.

Also Read: Randeep Hooda is all praises for Alia Bhatt as he takes a JIBE at Kangana Ranaut