Legendary film company, The Bombay Talkies Studios established by the pillar of Indian Cinema Rajnarayan Dube (1934) is repeating its past glory and success with the magnum opus Rashtraputra, which is the first film based on life and times of the greatest revolutionary leader Chandrashekhar Azad. The film is described as a great motivational movie with high voltage drama and entertainment values for the youth as well as the enlightened audience of twenty first century. The film released on November 2, 2018, which received enormous appreciation from the audience. Now the iconic Bombay Talkies is going to boost its mammoth release by showcasing the film Rashtraputra worldwide very soon. 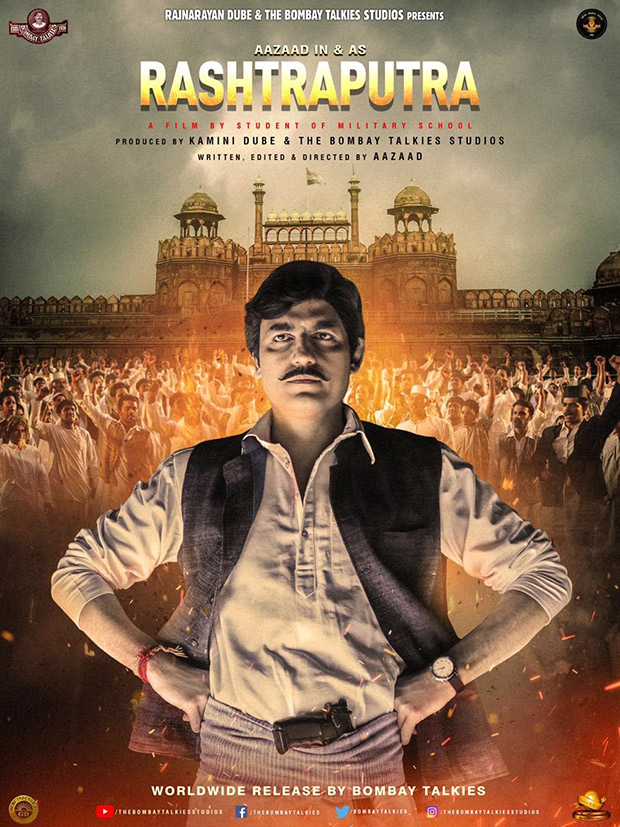 The film is written, directed & acted by Bhonsala Military School Alumni Aazaad and produced by The Bombay Talkies Studios along with Kamini Dube, who is among the most eminent female personalities of India and daughter of senior politician of (UP) Harishankar Tiwari, who encourages the whole world through nationalism and wishes to nourish the root of human existence by evoking the eternal essence of ancient culture. Filmmaker Aazaad is also ready to showcase the film in 28 Indian and Foreign Languages which is a first time global phenomenon in the history of world cinema.