Last Updated 25.06.2022 | 11:29 PM IST
feedback language
follow us on
Bollywood Hungama » News » Bollywood News » Tanushree Dutta vs Nana Patekar Me Too case: Two pieces of evidence claim that the actors were dancing several feet away from each other

In the view of lack of evidence, the Tanushree Dutta Me Too case of sexual harassment against Nana Patekar has been closed by the Mumbai Police. However, while the actress has stood her ground in the case asserting that she will fight ahead, reports have it that two statements have been recorded by eyewitnesses who contradict the statements given by Dutta in the case. According to these eyewitnesses the two actors were dancing several feet apart on the sets of the song of Horn Ok Pleassss. 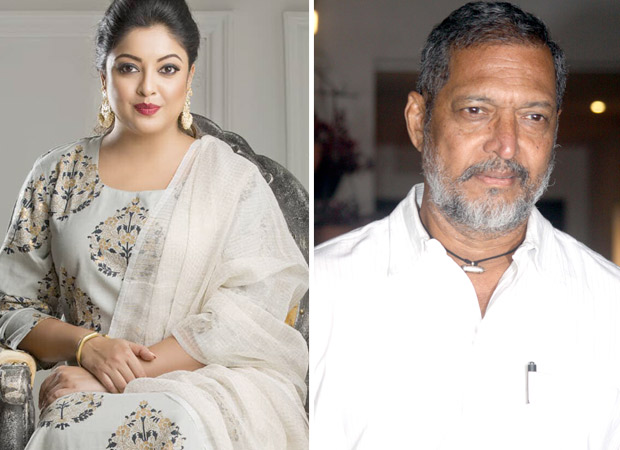 Tanushree Dutta vs Nana Patekar Me Too case: Two pieces of evidence claim that the actors were dancing several feet away from each other

One of the witnesses included an actress, who was an assistant choreographer then on the sets of Horn Ok Pleasss claimed that Nana Patekar was indeed at Filmistan Studios and trying to learn the steps from the lead choreographer Ganesh Acharya. The veteran actor had reportedly confessed to Acharya that he is not good with dance and hence there were extensive rehearsals held for the actor to get his act right. On the other hand, Tanushree Dutta was reportedly already rehearsing for the dance and was practicing it in the studio for three days.

The said choreographer has given a statement in reports asserting that they couldn’t fathom what happened. According to her reported statement, when the music started for the said song, Nana Patekar was standing several feet away from Dutta and since it was an extensive dance track, there were about 300-400 dancers. A few seconds later, all they recall is that Tanushree exited the sets fuming leaving everyone baffled. She further mentioned that no one could understand what just happened.

Another junior choreographer too voiced a similar thought asserting that even though they were supposed to enact the same movements, they weren’t dancing close to each other. These choreographers even stated that Tanushree refused to resume the shoot despite many requests made by the crew and the producer Samee Siddiqui.

Samee Siddiqui too has been alleged of being an accomplice to Patekar and his intentions. In Tanushree’s complaint she had claimed that Siddiqui too refused to take action against Patekar despite her complaint against him. Samee Siddiqui would have been booked under section 509, but, his statement wherein he mentioned that Tanushree refused to return to the shoot because she wanted Patekar to maintain a distance from her was a part of a secret interview. Considering that Samee was recorded without his knowledge, the police have not included it as a part of the evidence thereby leaving no evidence to prosecute him.

However, Tanushree’s lawyer Nitin Satpute continues to maintain that the police haven’t recorded the statements of the witnesses that they had presented and has closed the case without completely investigating the same.