Indian Festival of Melbourne (IFFM) is getting bigger and bigger with each passing year now in its 10th edition. Earlier, it was confirmed that The King Khan of Bollywood aka Shah Rukh Khan will be attending the festival in Melbourne, Australia as the official chief guest. Now, the festival is all set to also welcome the makers and lead actor of the massively successful film 2018, AndhaDhun. Director and co-writer of one of the best thrillers of recent times, AndhaDhun and lead actor of the film Tabu is all geared up to attend the Indian Film Festival of Melbourne this year to conduct the special screening and will do a special in the conversation for the Australian audience. 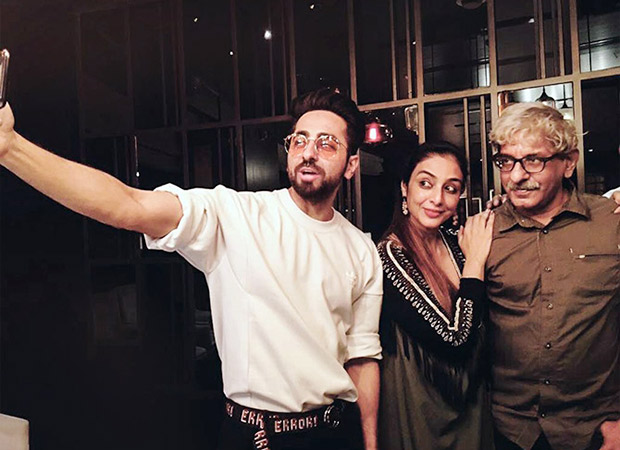 AndhaDhun starring Ayushmann Khurrana, Tabu and Radhika Apte was one of the most successful films last year that bagged maximum appreciation and awards in almost all film awards conducted in India. The film was loved by the audiences across all the world and even by the critics. The performances by all the cast is unmatched and gives a lasting impression on the audience minds. Indian Film Festival of Melbourne is honoured to have Sriram Raghavan and Tabu to host them as their esteemed guest and a chance for the Australian audience to meet them during the interactive conversation around the film. This would be the first time Sriram and Tabu will be attending the festival.

Indian Film Festival of Melbourne is helmed by the Victorian government in Australia and will be taking place in the cultural capital of Victoria between 8th to 17th August. This year the festival is set to celebrate the central theme of 'courage' which clearly marks the makers of the film Andhadhun to come out with such courageous theme which was well received by the audiences across the globe.

Speaking on this, Sriram Raghavan said, "AndhaDhun has been a very exciting journey for us and now taking it to Melbourne for this special screening is another landmark. I totally look forward to interacting with Indian cinema lovers in Australia."